Bitcoin mania appears to be almost back in full bloom.

The largest cryptocurrency is surging again while other risk-on assets such as stocks approach record highs and even gold hits fresh daily milestones. After briefly exceeding US$12,000 over the weekend for the first time in a year before experiencing a flash crash that pushed it almost back to US$10,000, Bitcoin is quickly re-approaching that higher level.

“This is probably the ultimate in momentum-based assets,” says Matt Maley, chief market strategist at Miller Tabak & Co. “The best thing that can happen right now is if you go back down and successfully test that support level and bounce off that. You get that kind of move and it’s going to be very bullish.” 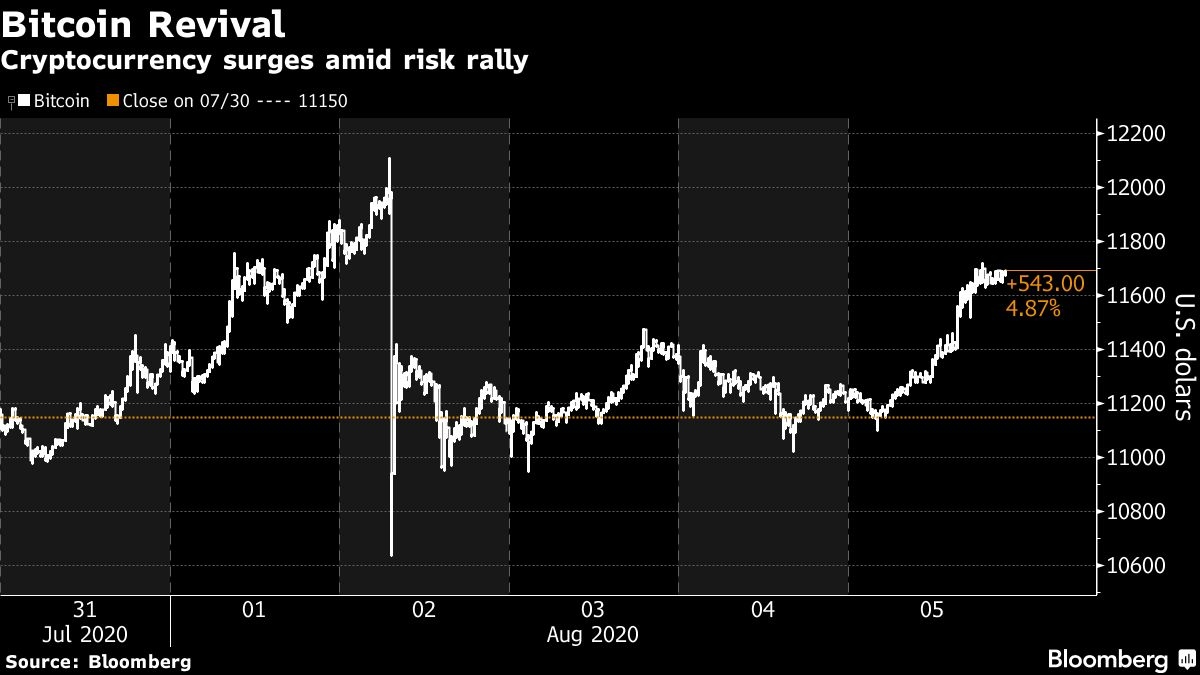 Bitcoin hit its peak in late 2017, when it reached nearly US$20,000 before crashing, and has fluctuated significantly since. The controversial digital alternative to traditional money garnered some extra attention this week after equity day trader Dave Portnoy, the founder of Barstool Sports, tweeted that he’s ready to learn about Bitcoin and invited crypto advocates Tyler and Cameron Winklevoss to explain it to him.