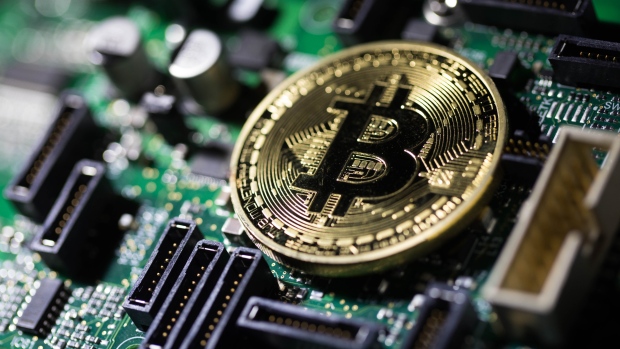 A coin representing Bitcoin cryptocurrency sits on a computer circuit board in this arranged photograph in London, U.K., on Tuesday, Feb. 6, 2018. , Chris Ratcliffe/Bloomberg

The liquidation of cryptocurrencies tied to an alleged ponzi scheme has been among the assorted reasons cited by market pundits for this week’s slide in digital assets. A closer looks suggests that may not be the case.

Speculation mounted that the supposed coin dump was the catalyst mounted when Bitcoin and a slew of other coins suddenly crashed around midday Wednesday in New York. Crypto influencer Dovey Wan tweeted that participants in a PlusToken scam may be selling thousands of Bitcoins in small batches. However, a review by researcher TokenAnalyst shows that only a few addresses associated with PlusToken had any material balances of Bitcoins and moved funds recently.

“It doesn’t look like any of these addresses are exchange owned," Sid Shekhar, co-founder of London-based TokenAnalyst, said in an email. "So that was enlightening. We’ll keep an eye on this to see if they do move the 100s of millions into exchanges at some point."

TokenAnalyst examined transactions on the Bitcoin digital ledger, and found thousands of Bitcoins belonging to the PlusToken team. Much of the scammers’ money filtered into mixing-type services about a month ago, Shekhar said.

Wan, who is listed a founding partner of Primitive Capital, said in a tweet that PlusToken is a Chinese ponzi scheme that has accumulated about 70,000 Bitcoins worth around $700 million, plus some 800,000 Ethereum coins. She said PlusToken started in mid-2018 offering a wallet with high yield investment returns.