Conventional wisdom saying the winner will take all in the race to launch a U.S. Bitcoin ETF is being debunked by action north of the border.

Canada and North America’s first exchange-traded fund tracking the cryptocurrency is trailing a competitor that launched two months later, according to data compiled by Bloomberg, with the asset gap between the two this month climbing to the widest since June. 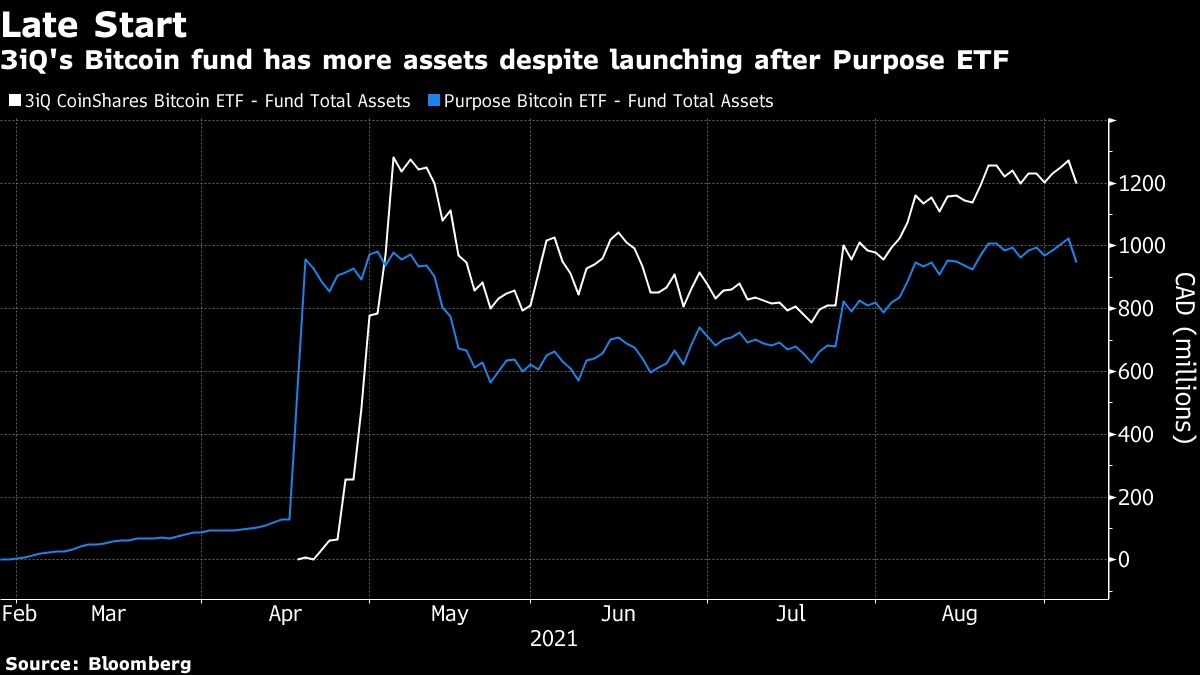 It’s an outcome that could upend thinking in the US$6.8 trillion U.S. ETF universe. Wannabe issuers are in a heated race for regulatory approval of a crypto ETF, with most analysts suggesting whoever crosses the line first will gain an insurmountable industry lead.

Yet the change of leadership in Canada is a reminder there’s more to attracting cash than simply launching first. Investors will evaluate a slew of factors before deciding on an ETF, including structure, security features, on-screen liquidity and spreads, according to Bradley Duke, founder and chief executive officer of ETC Group in London.

“While an issuer will certainly get a first-mover advantage and benefit from the press coverage it receives for being first, in the longer term, investors know that not all products are created equally and will weigh up the positives and negatives of each,” said Duke.

3iQ launched its Bitcoin product in April, and it’s been larger than BTCC since May. One reason may be that it’s cheaper: Total expenses for BTCQ are capped at 1.25 per cent, compared with 1.5 per cent for the Purpose fund. The names behind the vehicle are also likely familiar to cryptocurrency enthusiasts, with both 3iQ and CoinShares established brands in the space.

“Well-known brand names with specialization in the cryptocurrency ecosystem are powerful weapons,” James Seyffart, analyst at Bloomberg Intelligence, wrote in a late-August note.

Among the big names racing to launch the first Bitcoin ETF in the U.S. are VanEck and Invesco. Experts now say approval from the Securities and Exchange Commission could come in the autumn, after Chair Gary Gensler signaled regulators may be more open to a product based around futures rather than the cryptocurrency itself.