Bitcoin edged higher for a third day following this weekend’s flash crash, with chart watchers suggesting the rally may push the largest cryptocurrency back to around US$55,000.

The coin rose as much as 3.6 per cent to US$51,897 on Tuesday, while other smaller tokens also advanced. Bitcoin had dropped as much as 21 per cent on Saturday. The Bloomberg Galaxy Crypto Index of the biggest digital assets gained 5.4 per cent at one point during the session and a gauge of 100 coins added 5.8 per cent. 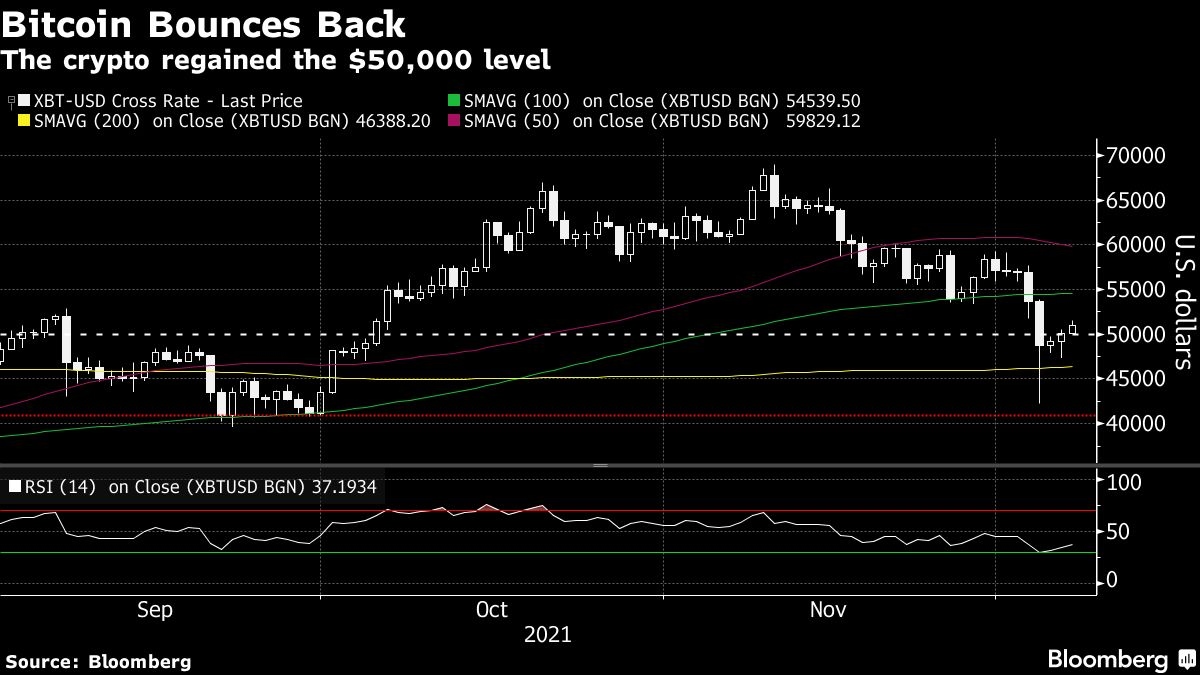 Bitcoin and other cryptocurrencies dove this weekend amid a greater risk-off sentiment that also encompassed selloffs in many areas of the U.S. stock market. It happened as spiking inflation is forcing central banks to tighten monetary policy, threatening to reduce the liquidity tailwind that lifted a wide range of assets.

“It’s important to remember that these kinds of pullbacks are part and parcel of a market that is increasingly hungry for excessive risk,” Mati Greenspan, founder and CEO of Quantum Economics, wrote in a note. “Every once in a while, the riskiest parts of the market, in this case mostly meme coins and metaverse tokens, do need to be washed out.”

Cryptocurrencies have, following the weekend bruising, attempted to make a comeback. Bitcoin’s 14-day relative strength index (RSI) of 36 shows it is very close to being in oversold territory on a technical basis, a measure investors utilize to identify buying and selling opportunities. Assets are considered overbought if the RSI crosses above 70 and oversold if it falls below 30.

“Let’s hope that we’ve already seen the worst of it,” said Greenspan.