Bitcoin-to-the-moon traders are back with a vengeance as demand jumps for bullish contracts across crypto exchanges.

The world’s largest digital currency rose about 3 per cent to more than US$59,000 on Friday -- taking this month’s rally to over 35 per cent -- after Bloomberg News reported the U.S. Securities and Exchange Commission looks poised to allow the country’s first futures-based cryptocurrency ETF.

As institutional and retail demand grows for the US$1.1 trillion asset, speculators are eying a return to April’s US$64,870 record peak while premiums are rising for derivatives betting on higher prices.

“The U.S. was always the big prize and signals further regulatory validation and acceptance of cryptocurrencies,” said Antoni Trenchev, co-founder of crypto lender Nexo. “Momentum is clearly with Bitcoin right now and it’s only a matter of time before the April high is taken out.” 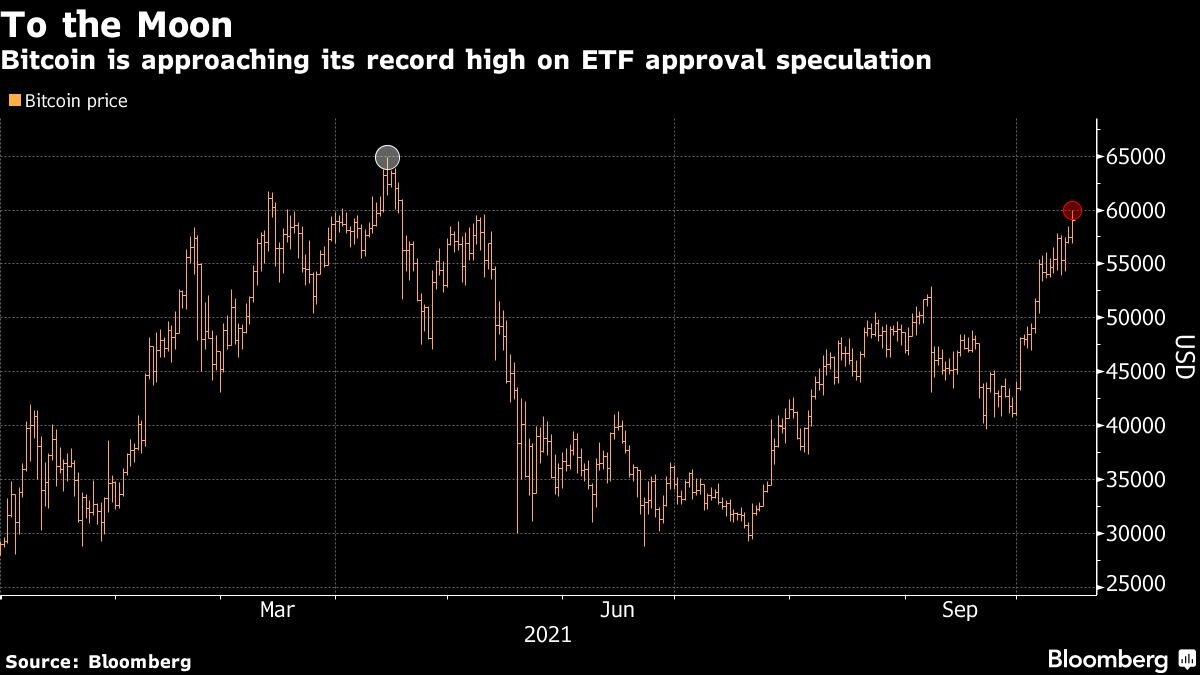 All month long, speculation of imminent ETF approval has driven up Bitcoin, helping it outperform smaller tokens to reclaim 46 per cent of the crypto ecosystem’s total market value. An exchange-traded fund is expected to draw more interest from investors that prefer buying a familiar, regulated product over navigating digital-currency exchanges.

In a sign of rising animal spirits, the seven-day average funding rate on Bitcoin futures -- the cost of keeping a bullish bet open -- rose to 5 per cent on the Binance platform. That compares with just 1.9 per cent at the end of September in Bybt data compiled by The Block, a crypto information service. On FTX, another popular exchange, the premium over the past 24 hours has shot up to 24 per cent from 7 per cent over the past month.

The value of outstanding futures on crypto exchanges rebounded to US$21.5 billion, compared with the US$27 billion peak earlier this year, according to Bybt. 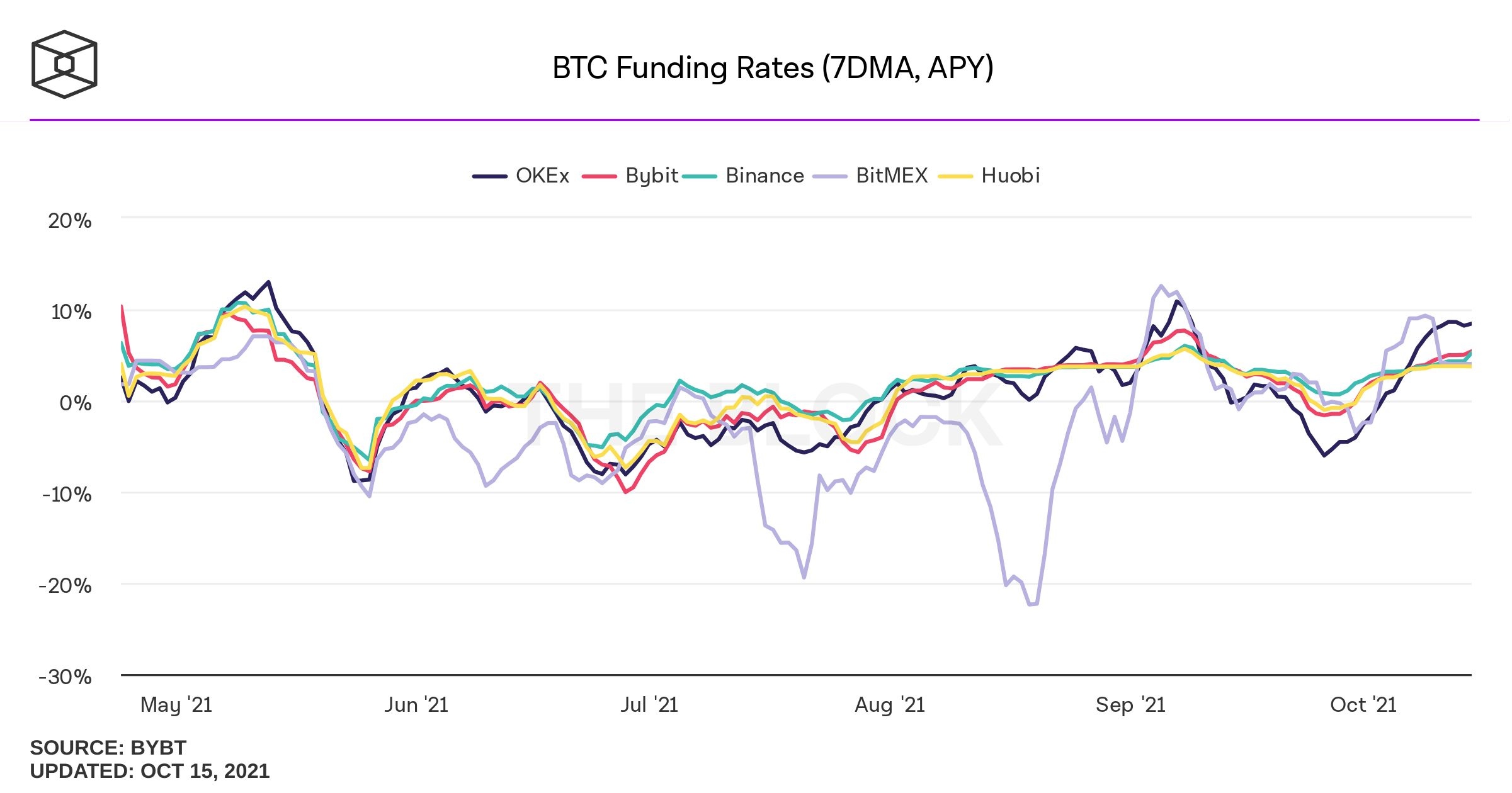 Similarly, the curve has steepened in CME futures, indicating an increasingly optimistic outlook for Bitcoin’s trajectory. The gap between December contracts and this month’s widened to 945 basis points, the most since late April.

It all marks a shift from recent months, when Bitcoin bulls were left subdued after the May crash and attention turned to a host of other speculative manias like non-fungible tokens.

“With a well integrated ETF structure, crypto is poised to go mainstream,” said Peter Rosenstreich, head of market strategy at Swissquote Bank. “This could push Bitcoin to the US$60,000 handle due to expectation for broader investment adoption.”