It’s a perennial exercise whenever an asset is mired in a prolonged and deep drawdown: People look at the charts, they go over this or that indicator and they get their checklists out to try to figure out when it might find a floor. For Bitcoin, there’s plenty of such action happening right now, with technical signals that in the past have suggested just such a formation.

Analysts at Glassnode track a number of gauges -- from instances when Bitcoin dips below a moving average to when it closes below the so-called balance price measure, which reflects a market price that matches the value paid for coins minus the value ultimately realized. What they’re seeing now is that many of these measures are all flashing in similar fashion, something that rarely happens.

Over the last five years, the analysts say, there have only been six other similar stretches, some of which have coincided with bear-market bottoms, such as in November 2018 and March 2020. But might this time prove otherwise?

“The case for Bitcoin bottom formation is one grounded in observable dominance of strong-hand investors, historically significant lows in numerous macro oscillators, and a strong confluence with prices hovering in striking distance of several bear-market pricing models,” Glassnode’s analysts wrote. “However, can these HODLers hold the line?” 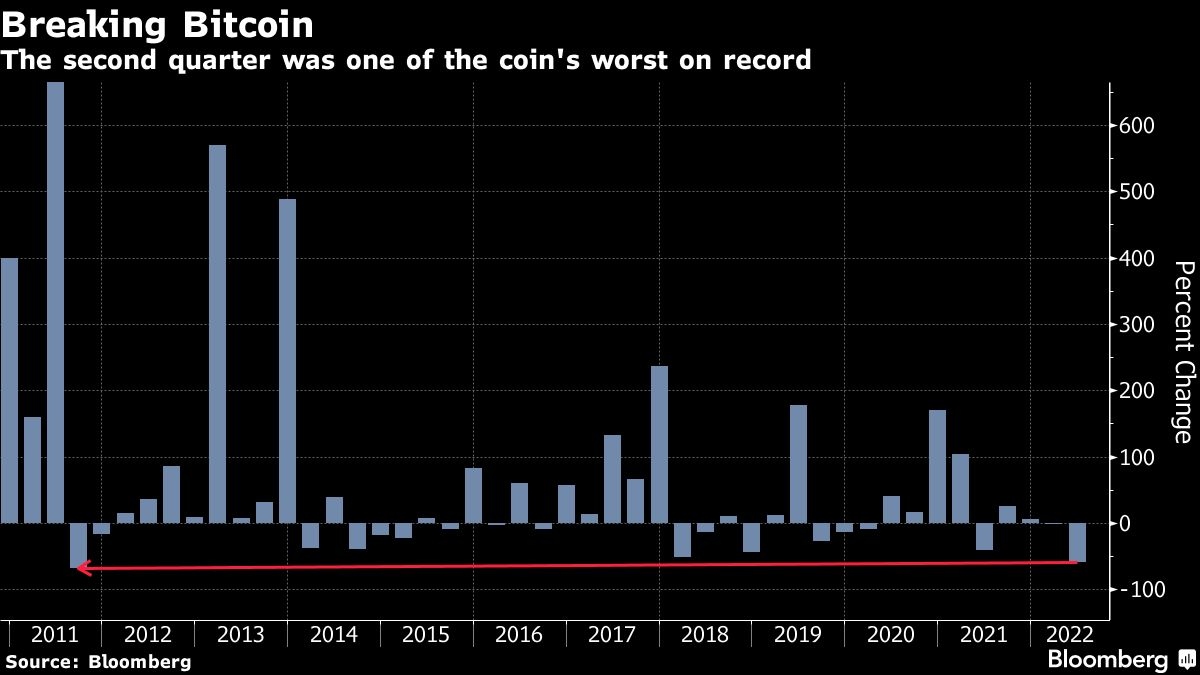 Bitcoin on Thursday closed out one of its worst quarters on record, giving up 60 per cent in the April-June stretch. The coin had through Friday lost 70 per cent in value since its November high. In this environment, Bitcoin spot trading activity has dropped “substantially,” according to Arcane Research. Meanwhile, assets under management for crypto investment products in June reached a record low, with ETFs experiencing the largest drop - that category saw declines of more than 50 per cent to US%1.3 billion, according to CryptoCompare.

The usual culprits were to blame: a Federal Reserve bent on raising interest rates to tamp down inflation, even if it injures the economy; a selloff across multiple asset classes and souring sentiment; and a growing list of crypto firms, lenders and hedge funds maimed by the downturn. Pantera Capital’s Dan Morehead said recently that there are likely to be more “major meltdowns” in the coming months.

Ross Mayfield, investment-strategy analyst at Baird, says that a lot of the pain so far has already been priced into crypto -- or at the very least Bitcoin. But, “that’s not to say it can’t go much lower in the near term because the Fed will continue to raise interest rates, and if we enter a recession, there will be even less appetite for highly risky and speculative assets,” he said by phone. “It’s definitely facing a challenging environment going forward,” Mayfield added.

On-chain activity tends to be high during bull markets and further increases during market crashes as participants scramble to offload their positions, according to Arcane Research. When its price stabilizes at a low level, such activity then also tends to drop. “It looks like we are in such a period right now,” wrote the firm’s Jaran Mellerud in a note. “The Bitcoin blockchain has gone into hibernation mode as the crypto winter marks its presence.” 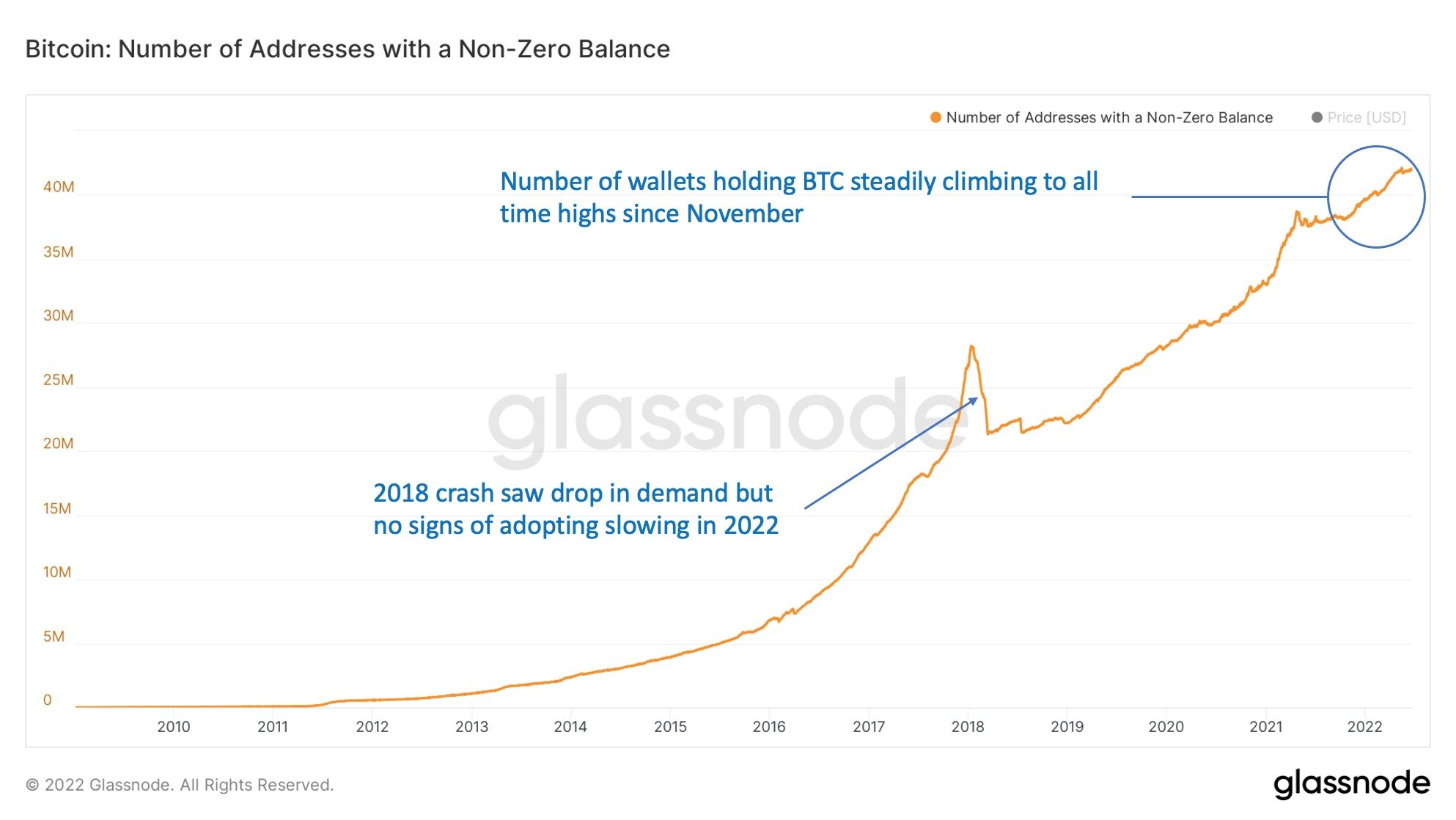 One positive sign: Brett Munster at Blockforce Capital points out that typically during bear markets, coins get taken out of cold storage and deposited back onto exchanges, which can indicate an intent to sell. Right now, that’s not the case.

“Other than the ~80,000 coins that were dumped on the market by the Luna foundation in a failed attempt to defend the peg of UST, we have continued to see a steady flow of Bitcoin out of exchanges and put away for long-term accumulation,” Munster wrote. In addition, the number of wallets with a non-zero amount of Bitcoin in them has been growing, among other developments.

“Unlike in 2018, when the demand for Bitcoin did drop during that price crash, there are no signs of adoption slowing today,” he said. “Despite the recent price crash, Bitcoin’s fundamentals are arguably stronger now than any time in its history.”