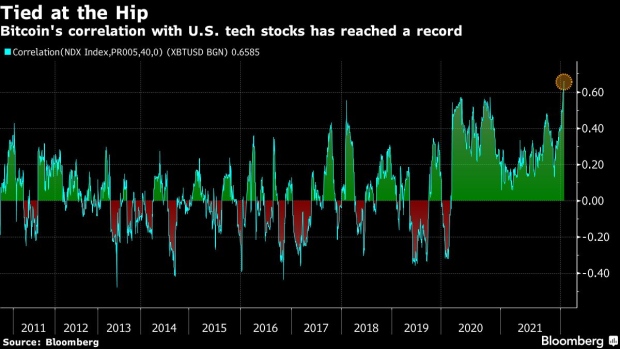 (Bloomberg) -- Bitcoin’s movements are now mirroring those of U.S. stocks to an unprecedented degree. A 40-day correlation coefficient for the digital token and the tech-heavy Nasdaq 100 has reached almost 0.66 -- the most in data compiled by Bloomberg since 2010 -- while a similar correlation with the S&P 500 is at a record too. That setup has seen the largest cryptocurrency and U.S. shares slump, but equally a turnaround on Wall Street could lift the bruised digital token.