ETFs are a more convenient way to bring crypto to the broader marketplace: Purpose Financial's Seif

Bitcoin’s wild price fluctuations continued, with the largest cryptocurrency spiking downward by about US$3,000 in a matter of seconds during mid-afternoon trading.

The dramatic price move followed a similar pattern seen on Wednesday, when Bitcoin slumped quickly in early trading for no identifiable reason. The digital asset, which has traded within a range of about 8 per cent Thursday, bounded back to recoup all of the move and was up about 4.7 per cent to US$61,682 as of 4:20 p.m. in New York. 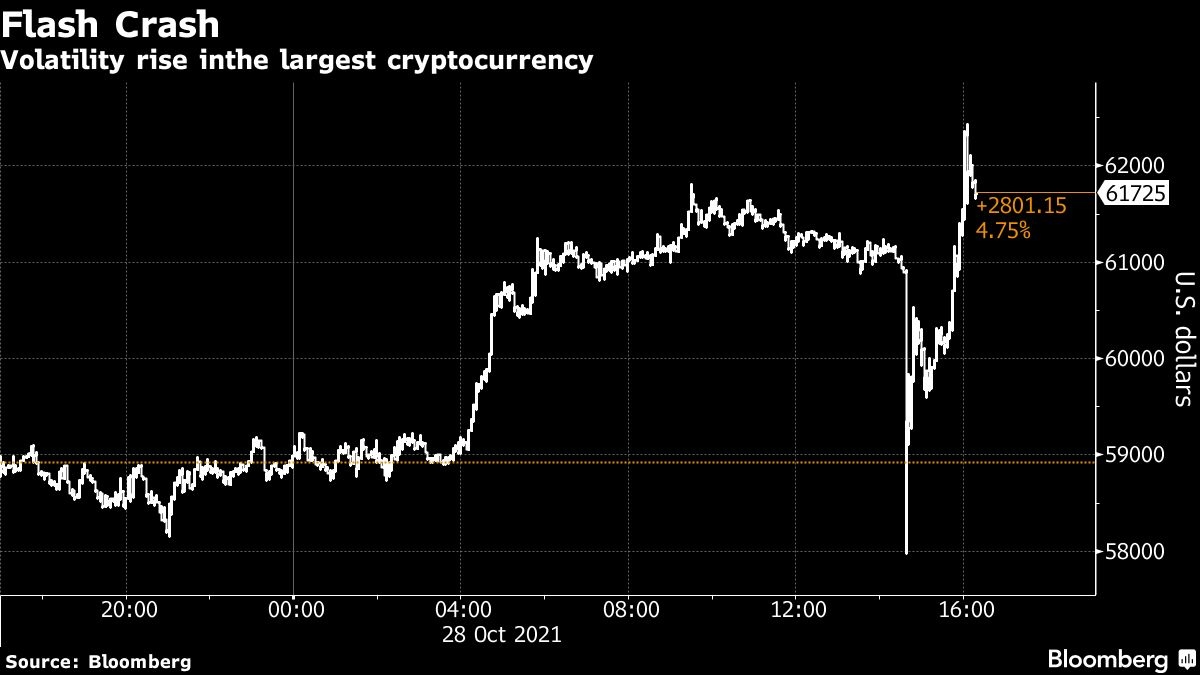 Bitcoin is notorious for its price gyrations, with traders often grasping for reasons behind the moves. Most point to the low level of liquidity in the little more than a decade-old asset class. Crypto Twitter was quick to acknowledge and downplay the move.