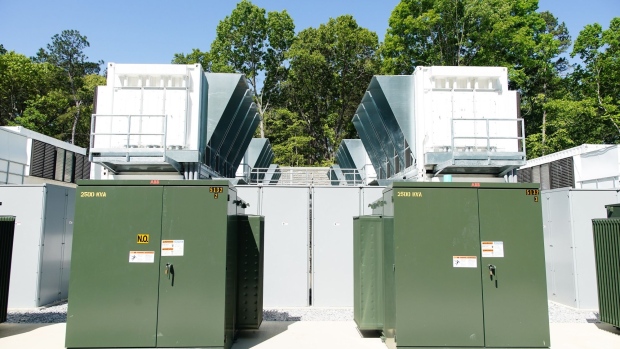 An array of bitcoin mining units inside a container at a Cleanspark facility in College Park, Georgia. Photographer: Elijah Nouvelage/Bloomberg , Bloomberg

(Bloomberg) -- CleanSpark Inc., a publicly traded Bitcoin miner, has agreed to acquire a mining facility and machines from Mawson Infrastructure Group Inc. -- a likely sign that more industry consolidation is ahead.

The deal, announced Friday, comes as Bitcoin mining companies’ revenue nears a two-year low due to increasing network competition, low Bitcoin prices and soaring energy costs. While some miners scale back mining operations or reorganize their facilities to be more efficient, relatively well-capitalized mining firms like Henderson, Nevada-based CleanSpark are expanding by acquiring infrastructure such as data centers and machines at a discount.

Sydney-based Mawson will receive $26.5 million cash consideration and $11 million in CleanSpark’s stock, $4.5 million of which is subject to certain earn-out commitments, for its facility in Sandersville, Georgia. The operational facility has an 80-megawatt capacity, with plans to increase capacity to 230 megawatts by the end of next year and can currently support about 24,108 latest-generation mining rigs. CleanSpark also agreed to buy 6,468 machines from Mawson for $9.48 million in cash.

Bitcoin miners use powerful computers to be the first to come up with a solution to validate transactions encrypted by the Bitcoin network and win limited rewards in the form of newly minted tokens. The more competition there is on the network, the less rewards each miner will receive.

CleanSpark has been on a shopping spree for large-scale mining facilities and machines. On Wednesday, the company announced the purchase of 10,000 rigs for $28 million from Cryptech Solutions. And last month it bought a mining farm in Washington, Georgia, with 86-megawatt capacity for an undisclosed amount.

While publicly traded miners like Hut 8 Mining Corp. and Marathon Digital Holdings have chosen to hoard Bitcoin, CleanSpark has been selling tokens for a higher price as it focuses more on mining.

“CleanSpark is considering strategic alternatives for our legacy energy business,” Zach Bradford, CleanSpark’s chief executive, said in a statement in February. “Focusing our efforts on our Bitcoin mining segment allows the Company to capitalize on the tremendous opportunity Bitcoin presents.”