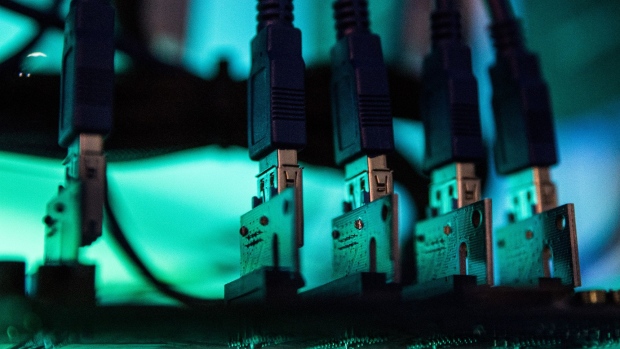 Bitcoin mining business Iris Energy Pty is weighing proposals from blank-check firms seeking to take the Australian company public, according to people familiar with the matter, in what would be the country’s first such listing.

The Sydney-based company has been approached by several special purpose acquisition companies about a deal to potentially list in the U.S. that could raise between $300 million and $500 million, the people said, asking not to be named discussing confidential matters.

Iris is also considering options including a conventional or direct listing on the Australian Securities Exchange or the Nasdaq, said the people.

Discussions are ongoing and there is no certainty that the company will go ahead with any listing, the people said.

SPACs, which are shell companies that sell shares to list on public stock exchanges with the stated purpose of searching out and acquiring private businesses, became an $83 billion market last year, making up about 46% of 2020’s record IPO volume in the U.S., according to data compiled by Bloomberg. The ASX doesn’t allow SPACs, and so far, no Australian company has merged with one.

Iris Energy Co-Founder and Executive Director Daniel Roberts said the company aims to go public and was considering a number of pathways to a listing. The data center operator could also raise a fresh funding round first.

“We are in discussions with potential investors at the moment to do another private capital round in the very near term, as a bridge to the public markets,” Roberts said in a phone interview.

In March, the company upsized a A$20 million ($15.5 million) fundraising, citing strong investor demand, ahead of what it said were plans for a first-time share sale in the middle of this year. That round was enlarged again, ultimately raising A$110 million, Roberts said.

Proceeds from the March fundraising were earmarked for building a 50 megawatt data center in British Columbia, Canada, adding to an already-funded 30 megawatt project, the company has said. The facilities run Bitcoin mining equipment powered by renewable energy, according to its website. In British Columbia, the majority of electricity comes from hydroelectric power.

Bitcoin is under increasing scrutiny for the amount of energy used in its creation, particularly in regions where electricity is generated by burning fossil fuels such as coal. Bitcoin mining alone may account for annualized emissions of carbon dioxide comparable to that of Sweden, according to an estimate by Digiconomist.

Not only are Iris’ power suppliers using renewables, the company has agreements with them to scale back mining and divert power into regional grids at peak demand times, Roberts said.

“We can sit here today and say clothes dryers and Christmas lights are a waste of energy, but ultimately the market decides where energy should be diverted and it is choosing Bitcoin,” Roberts said. “We’re asking how we can service this market in a way that benefits an energy transition and regional employment.”