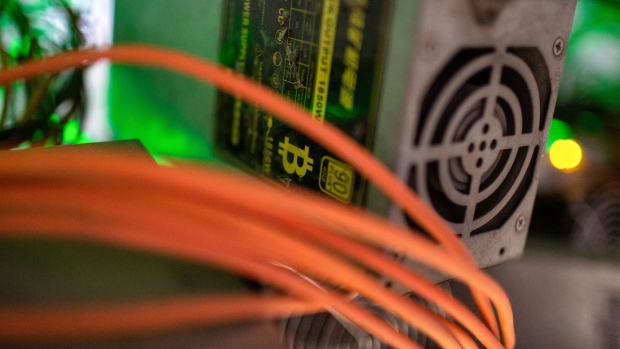 Bitcoin miner Iris Energy Pty is planning to raise about $200 million in a new fundraising round before it seeks a direct listing on the Nasdaq, according to a person familiar with the matter.

The Sydney-based company, which uses renewable energy to produce the cryptocurrency, is working with an adviser on the round and has met with prospective investors, the person said. The proceeds would help prepare the firm for a listing on the U.S. technology-focused exchange as soon as this year, the person said, asking not to be identified as the information is private.

The raising comes as cryptocurrencies are under scrutiny for the environmental impact of the energy-intensive process used to mine them. Critical comments by Tesla Inc. Chief Executive Officer Elon Musk, as well as the electric-vehicle manufacturer’s about-face in May on whether to accept Bitcoin as payment for its products, weighed on sentiment. A crackdown on Bitcoin production by Chinese authorities also helped drive the price down to near where it had been at the start of the year.

Iris Energy Executive Director and Co-Founder Daniel Roberts said in May that the company was exploring options for special purpose acquisition companies, confirming an earlier Bloomberg News report that the company had been approached by several blank-check companies about a potential U.S. listing that could raise $300 million to $500 million.

The company is opting for a private placement, as a SPAC deal would have diluted the existing investors’ stakes more than a direct listing, in which new shares are not offered, the person said.

Discussions are ongoing and Iris Energy could decide not to proceed with the fundraising and direct listing plan, the person said. Iris Energy’s Roberts declined to comment when reached on Monday.

Iris Energy has signed new contracts locking in equipment that would allow it to reach a mining capacity of 15.2 exahash operations per second within a number of years, the person said. The firm is currently on track to reach 4.5 exahash by the end of 2022, up from its current capacity of 0.7 exahash, the person said.

The company’s flagship project is a 50 megawatt data center in British Columbia, Canada, that runs Bitcoin mining equipment powered by renewable energy, according to its website. In British Columbia, the majority of electricity comes from hydroelectric power.

In March, Iris Energy upsized a A$20 million ($15 million) fundraising, citing strong investor demand. That round was enlarged again, ultimately raising A$110 million, Roberts has said.