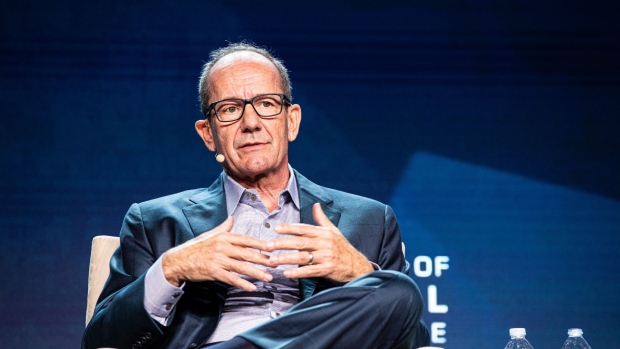 Fred Thiel, chairman and chief executive officer of Marathon Digital Holdings, speaks during the DC Blockchain Summit in Washington, D.C., US, on Tuesday, May 24, 2022. The summit is gathering the most influential people focused on public policy for digital asset and blockchain innovations, according to the organizers. , Bloomberg

(Bloomberg) -- Marathon Digital Holdings Inc.’s second-quarter loss widened as the price of Bitcoin tumbled and costs related to the exit of a Montana facility climbed.

Marathon said it turned on previously installed miners at its West Texas facility after receiving confirmation of the tax-exempt status of the wind farm that supplies energy to the 280-megawatt Bitcoin mining facility.

On a combined basis, digital currencies subject to impairment and digital currencies held in the investment fund resulted in an expense of $207.3 million in the quarter, up from $125.8 million in the prior-year period, the company said in a statement. In April, Marathon announced its intention to transition out of the facility in Hardin, Montana. On July 28, the company terminated its power purchase agreements and commenced the acceleration of its exit from Hardin.