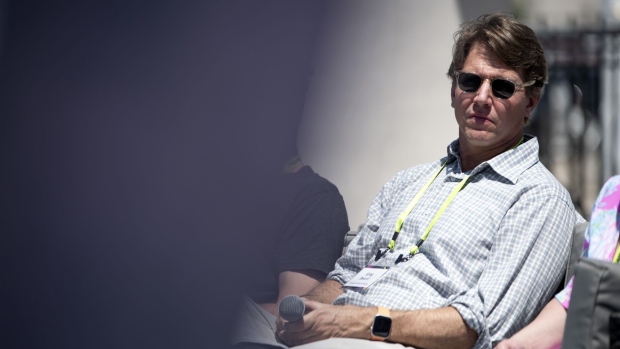 Stronghold will return around 26,200 Bitcoin mining machines to NYDIG, which will eliminate all of the $67.4 million outstanding debt from an original agreement, the Kennerdell, Pennsylvania-based miner said in a statement Tuesday. Stronghold received a commitment from WhiteHawk to restructure and expand its current equipment financing agreements, which reduces near-term payments and includes $20 million of additional borrowing capacity.

The company is the latest Bitcoin miner forced to pay down an outstanding debt with its mining machines as Bitcoin miners struggle to raise capital and repay loans backed by the token or their rigs after the collapse of cryptocurrency prices from record levels reached in November.

“Liquidity is key for miners in a bear market,” said Matthew Kimmell, an analyst at CoinShares. “At current prices, miners are receiving less cash flow per Bitcoin sold compared to both last year and Q1 2022, while still potentially facing the same infrastructure, machine, and energy costs.”

The convertible note restructuring will reduce the principal amount outstanding by $11.3 million in exchange for reducing the strike price on outstanding warrants from $2.50 to 1 cent, the company said. The amended terms also allow Stronghold, at its option, to fully extinguish the notes with equity over the next few quarters.

NYDIG has been one of the major crypto-native lenders that fund Bitcoin miners’ expansion since the last bull run in 2021. Its parent company is the New York-based Stone Ridge Holdings.

The lender also issues loans backed by Bitcoin mining machines. Up to $4 billion in such loans are coming under stress as the value of the machines drops with Bitcoin over the last several months. Bitcoin miners have been forced to sell coins since the crypto market crashed in the second quarter.