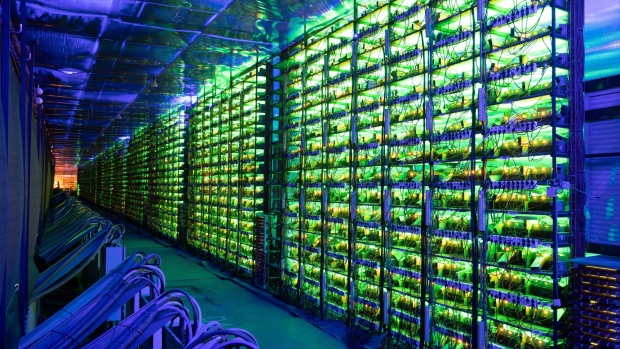 (Bloomberg) -- Bitcoin mining company TeraWulf Inc. will buy 15,000 computers from Bitmain Technologies Ltd. for about $169 million and install the machines at a facility it’s building in upstate New York.

The facility will plug into an electrical grid that relies on hydropower and is 90% carbon-free, according to the company’s website. TeraWulf says it chooses zero-carbon energy sources to power its mining, an important point in an industry that’s faced criticism for its power consumption.

The company’s plans come amid concerns of falling profitability for miners. Bitcoin mining stocks have been pummeled since the price of Bitcoin peaked, and TeraWulf has plunged more than 40% since its post-merger trading debut last week, based on a listing price of $25.