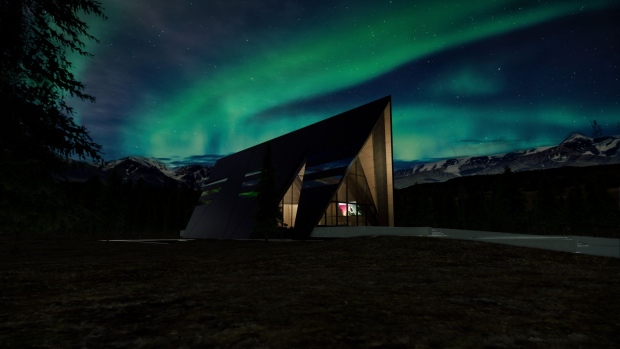 (Bloomberg) -- Amid a heated debate over Bitcoin’s environmental toll, two companies say they have an answer on mitigating some of the negative effects: Nuclear energy.

Power startup Oklo Inc. said it’s partnering with Bitcoin mining and hosting firm Compass Mining to introduce advanced fission to the energy-intensive process of minting new coins. It’s an effort, the companies say, to reduce fossil-fuel emissions from Bitcoin mining and to diversify energy sources used by the miners, who compete to verify transactions in exchange for new coins.

Oklo, based in Sunnyvale, Calif., said its advanced fission reactors will be able to start supplying clean energy sometime in the early 2020s, according to a statement Wednesday. It plans to provide Compass with at least 150 megawatts of clean power in the first phase of the 20-year partnership. Terms weren’t disclosed.

Oklo sees opportunities for its partnership with Compass to take place in the U.S., though nuclear-powered Bitcoin mining could be years away. The company is still in the process of seeking approval from the Nuclear Regulatory Commission for its variety of small reactors that could run on radioactive waste. It submitted an application in March 2020, right before the Covid pandemic shut the U.S. economy down, and the regulator accepted it for review about three months later. DeWitte said the NRC is mandated to conduct reviews within three years.

The announcement comes amid an extended debate over the impact Bitcoin mining may have on the environment. Crypto miners use vast sums of computing power and energy to verify transactions on the blockchain, or decentralized ledger that underpins the digital token. Their energy use is comparable to that of many developed countries and rivals the emissions from major fossil-fuel users and producers such as airlines and oil-services firms, according to an analysis by Bank of America Corp., though others dispute that, arguing it’s no worse than the carbon footprint of cars, power plants and factories.

Oklo is part of a wave of companies developing smaller reactors that they say would be faster and cheaper to build than conventional nuclear plants. Such reactors could be small and would generate a lot of power without harmful emissions.

And it’s not the only one to work on this. Energy Harbor Corp., a power producer, said earlier this week that it’s entered into a five-year partnership with Standard Power to provide carbon-free electricity from its nuclear fleet to Standard Power’s Bitcoin mining center in Coshocton, Ohio. That’s set to begin at the end of the year, according to a release.

Assuming it receives approval, Oklo will be looking at sites in Idaho -- near Idaho Falls -- as well as in Alaska, and other sites across the U.S., according to DeWitte. Internationally, the company sees opportunities in central, southern and eastern Europe as well as across the Americas, among other spots.

Oklo offers what DeWitte calls fission-as-a-service, meaning it sells power and heat in a way that will make it easier for customers to be able to buy. The new partnership with Compass is a “matching of opportunities,” he said, and helps accelerate Oklo’s deployment of its product. “We now have opportunities to basically support deploying a lot of reactors relatively quickly.”

Compass will be able to place its mining computers on or near Oklo’s sites. The two companies didn’t disclose financial details of the partnership but one arrangement might involve Oklo receiving a cut of the mined Bitcoin, said DeWitte.

What the partnership does “is open the door for some neat financing partnerships and pathways but also ways to accelerate ultimately the build-out of generating capacity,” he said. “From a clean energy technology and development perspective, I actually think Bitcoin is going to be a really powerful ally and partner for that.”