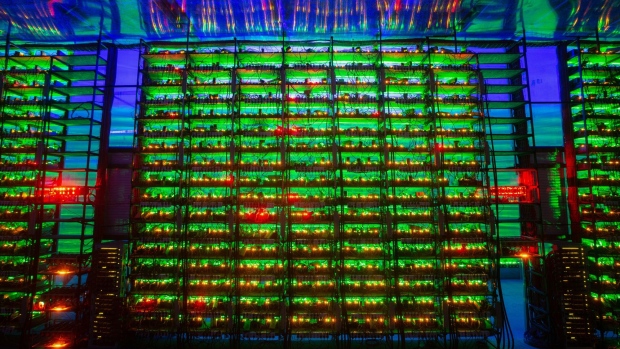 (Bloomberg) -- Bitcoin mining is consuming 66 times more electricity than it did back in late 2015, and the carbon emissions associated with it will likely face increasing scrutiny, according to a Citigroup Inc. report.

As of mid-April, global power demand by the Bitcoin network probably reached an annualized 143 terawatt-hours, about 4% higher than Argentina’s total electricity generation in 2019, the report said, citing numbers from the Cambridge University Center for Alternative Finance.

“As the value of Bitcoin rises, so should its energy consumption,” Citigroup Inc. analysts said in the report.

Carbon emissions related to cryptocurrencies have become a concern for climate watchers amid a surge in Bitcoin mining in China, where the electricity for such operations is partly supplied by coal-fired plants. The expansion of Bitcoin mining may face increasing regulations because of its climate impact, Citigroup said.

“Mining and use of these ‘coins’ is undoubtedly energy-intensive and could face greater regulatory scrutiny as adoption expands, especially if the U.S. continues to scale its crypto footprint and market-leader China cracks down on Bitcoin mining if it adversely impacts its climate goals,” the analysts said in the report.

Emissions from blockchain operations aren’t listed separately, making it hard to monitor the actual behavior of the industry and design policies for it.