Square executive on why pandemic payment trends will stick around

Bitcoin dropped toward the lowest levels of the week as risk-off sentiment seeped back into global markets.

Chartists looking at Bitcoin’s technicals see a potentially volatile period ahead as the coin bumps up against two major support levels: the 50-day and 200-day moving averages. A sustained breach of both could potentially sent prices down to around US$40,000. However, the 50-day line has provided support during the past week.

“Like it did on Tuesday, the 50-day moving average provided some nice support for Bitcoin -- that’s the good news,” said Matt Maley, chief market strategist for Miller Tabak + Co. “The bad news is that if it breaks below that line over the coming days, it’s going to worry traders.” 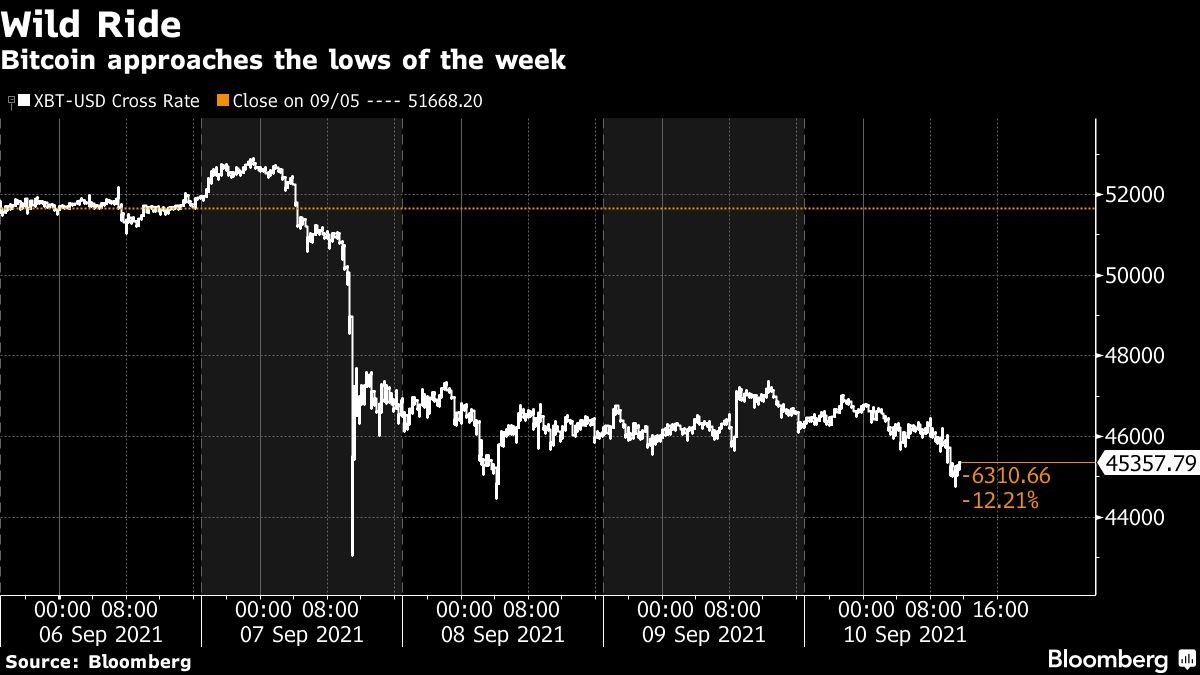 Bitcoin experience a flash crash Tuesday as El Salvador’s rollout of the digital asset as legal tender appeared to be hit by technical difficulties. It fell as much as 17 per cent that day, with the swiftness accelerating as some 336,000 traders had their accounts liquidated amid the decline.

In addition, it’s a seasonally challenging period for the coin -- in the past decade, September has been the only month when Bitcoin has failed to deliver positive returns. The token fell during the calendar month in six of the previous 10 years, losing more than 6 per cent on average, data compiled by Bloomberg show. 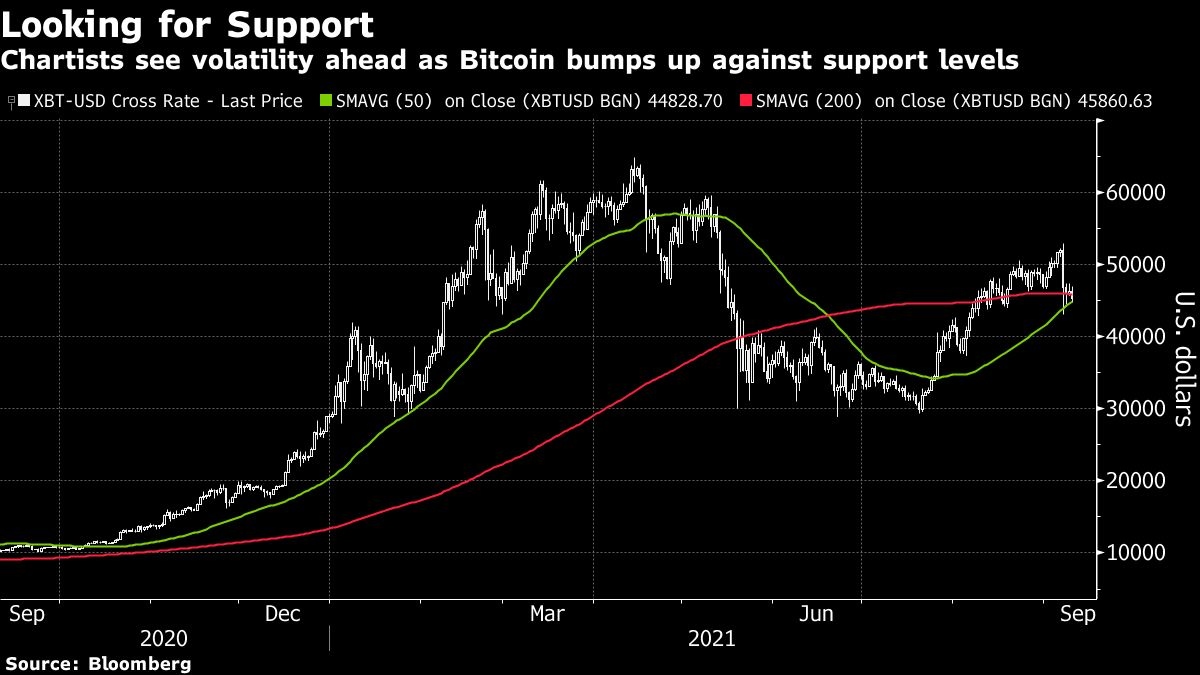 El Salvador became the first country to adopt Bitcoin as legal tender, a development many crypto fans saw as potentially leading to greater adoption and mainstream acceptance. Both enthusiasts and detractors of cryptocurrencies are monitoring the experiment to see if a significant number of people want to transact with Bitcoin when it circulates alongside the U.S. dollar, and whether it brings any benefits to the country.

“El Salvador’s ill-conceived experiment should not be critical for the future of Bitcoin or cryptocurrencies,” JPMorgan Chase & Co. strategists led by Nikolaos Panigirtzoglou, wrote in a note earlier this week. “Crypto markets suffered from El Salvador’s glitches this week, but that was from a frothy backdrop.”