Companies that may benefit from crypto more interesting than Bitcoin itself: Money manager

The rally in Bitcoin that took the digital token to a fresh peak over the weekend could face a test from declining liquidity in the market for the largest cryptocurrency.

Bitcoin rose as high as US$58,350 on Sunday before retreating to about US$56,200 as of 2:30 p.m. in Tokyo on Monday. The token has roughly tripled in the past three months but its liquidity has deteriorated, according to Nikolaos Panigirtzoglou, a strategist at JPMorgan Chase & Co.

“Market liquidity is currently much lower for Bitcoin than in gold or the S&P 500, which implies that even small flows can have a large price impact,” he wrote in a note on Friday.

Such a backdrop opens up the possibility of sharp moves higher or lower in the cryptocurrency depending on the prevailing ardor for digital assets. Of late, even some of the token’s biggest backers appear surprised by its ascent. In a recent tweet, Elon Musk said Bitcoin prices “seem high,” having earlier called it a “less dumb” version of cash. 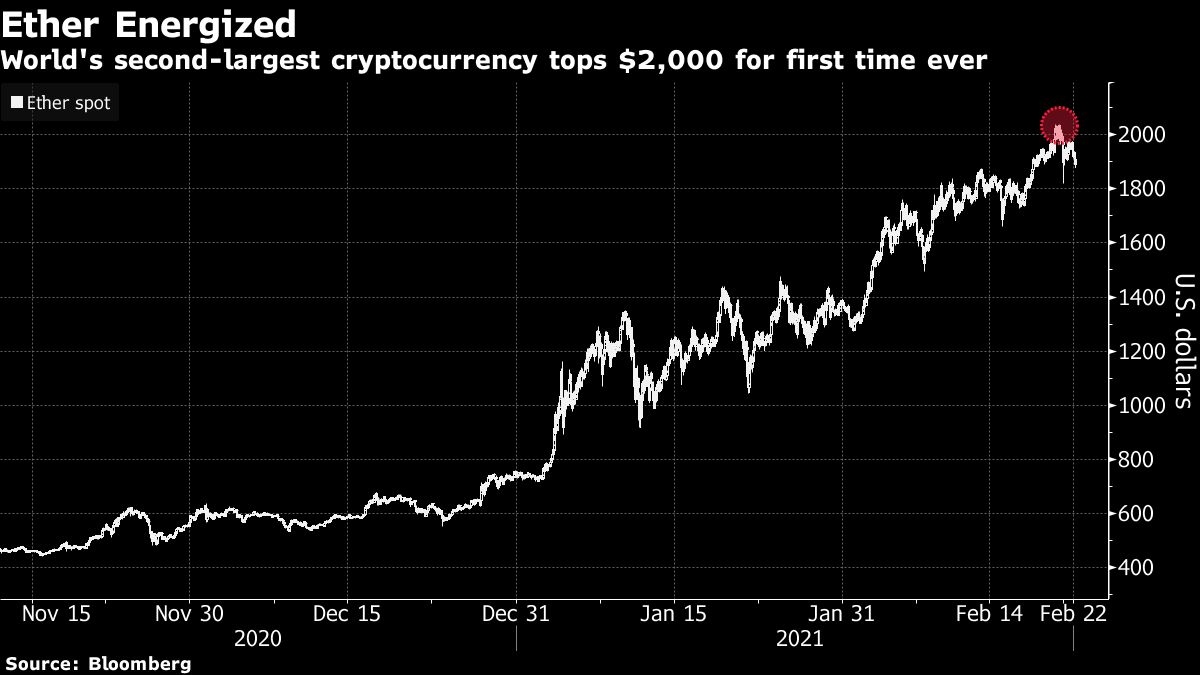 Bitcoin trading volumes are around US$10 billion daily for the spot and futures market combined, compared with an equivalent figure of US$100 billion for gold, Panigirtzoglou wrote. That’s consistent with “much lower liquidity in Bitcoin than in gold,” he said.

Cryptocurrencies have enjoyed a strong start to the year, leaving other assets in the dust. The Bitcoin faithful argue corporate treasurers and institutional investors are new sources of demand and that the token can hedge risks such as faster inflation. Others see a prime example of speculative froth stoked by hedge funds and day traders in markets awash with stimulus.

“Bitcoin seems impervious to the barrage of fear, uncertainty and doubt waged against the industry,” Paolo Ardoino, chief technology officer at cryptocurrency exchange Bitfinex, wrote in an email.

Shares of Asian cryptocurrency stocks advanced Monday in the wake of Bitcoin’s all-time high. One of the biggest movers was Japan’s Monex Group Inc., which jumped as much as 16 per cent.

Ether, the largest token after Bitcoin, also rallied over the weekend, topping US$2,000 for the first time on Saturday. It’s up about 150 per cent year-to-date.