We think this bear market will create an opportunity to grow the company further: Hut 8 Mining CEO.

Shares of Bitcoin miners are outperforming the largest digital currency by a wide margin as demand for a way to gain exposure to the sector without actually buying the token rebounds.

While Bitcoin rose as much as 7.5 per cent, shares of top miners such as Marathon Digital Holdings Inc. and Riot Blockchain Inc. jumped by as much as 36 per cent and 23 per cent, respectively. Core Scientific Inc. and Hut 8 Mining Corp. also jumped by more than 20 per cent. And even software maker MicroStrategy Inc., which invests in Bitcoin, jumped as much as 32 per cent.

Mining stocks have been highly correlated with Bitcoin prices but often move in a bigger range since they’ve become a favorite among retail investors. 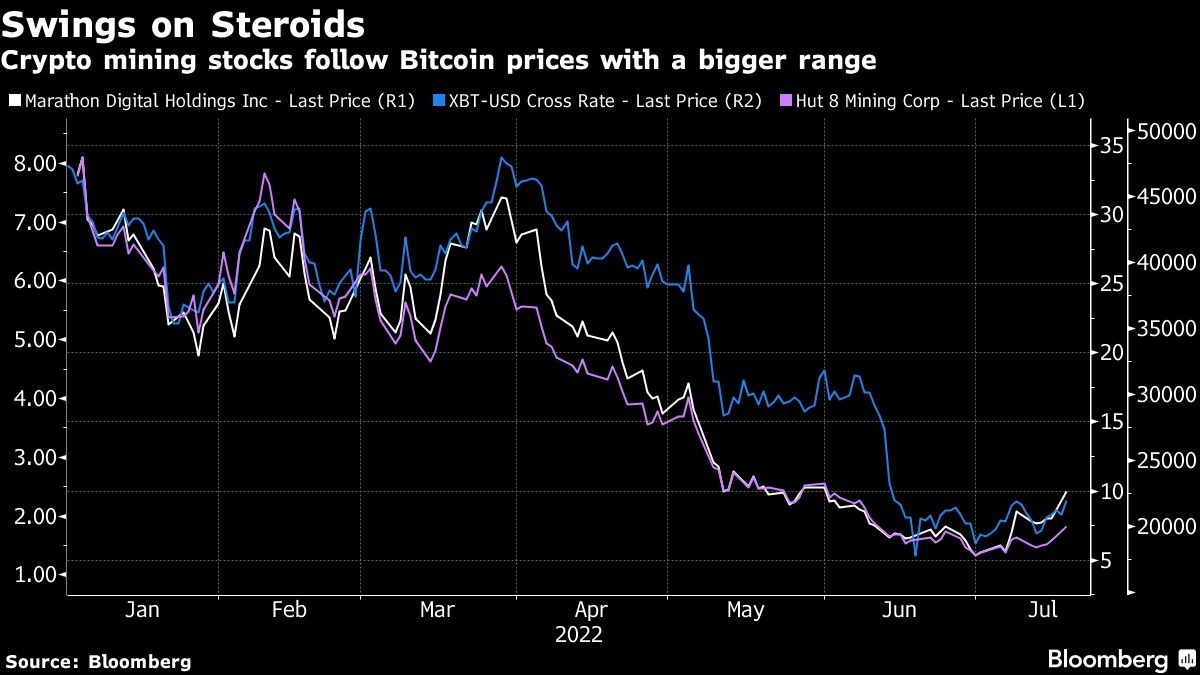 The miners that still have relatively large Bitcoin holdings on their balance sheets have been among the top-performing companies during this Bitcoin rebound. Marathon and Hut 8 were two of the few public miners that have not sold any mined coins.

Low Bitcoin prices have forced most miners to sell their coins to cover operational costs and complete large purchase orders they made several months ago during the bull run. Core Scientific sold most of their holdings in June, while Bitfarms liquidated nearly half of their Bitcoin treasury to pay down a loan. Miners used to be some of the most adamant holders during the bull market, where large Bitcoin holdings could boost their balance sheets as the token appreciated.

Mining stocks are still deep in the red this year with Marathon and Riot both down by around 70 per cent.