The bear market for Bitcoin has entered its “deepest and darkest” phase, with even long-term holders who had toughed it out until now coming under extreme pressure.

That’s according to strategists at Glassnode, which tracks an indicator known as realized price, the average purchase price of all Bitcoins in circulation. The cryptocurrency is currently trading roughly US$1,000 below the coin’s current realized price of US$23,430, according to the firm. Bitcoin price was around US$22,150 late Tuesday afternoon in New York.

“The current bear market is now entering a phase aligned with the deepest and darkest phases of previous bears,” the strategists wrote in a note. “The market, on average, is barely above its cost basis, and even long-term holders are now being purged from the holder base.” 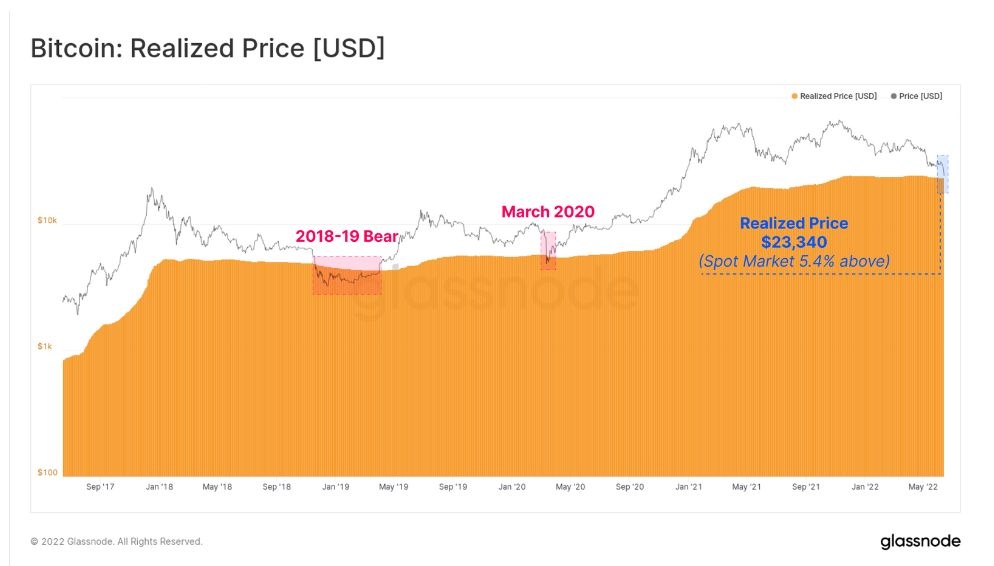 Market watchers have become preoccupied with figuring out which cohorts of investors are getting hurt the most during the current crypto winter. With Bitcoin now hovering around December 2020 lows, many newer entrants are now underwater. Meanwhile, UBS strategists are monitoring Bitcoin miners -- whose businesses have been under pressure due to high energy costs and capex commitments -- for potential signs of capitulation, which could also have an impact on prices.

Digital-asset investors have been partially spooked by crypto lender Celsius Network Ltd. pausing withdrawals, swaps and transfers, though the broader market remains under duress after a key inflation print came in hotter than expected last week, meaning that the Federal Reserve will have to be aggressive in its attempts to cool rising prices.

Lori Calvasina, head of US Equity Strategy at RBC Markets, said she’d like to see Bitcoin stabilize. “It has become another helpful indicator of sentiment and risk assets generally,” she said on a podcast.

Meanwhile, Glassnode strategists said that a change in the net position of HODLers -- the staunchest investors who refuse to sell -- can be used to estimate the magnitude of coin volume they’re accumulating or distributing. That reading suggests that approximately 15,000 to 20,000 Bitcoins per month are transitioning into the hands of HODLers, a decline of 64 per cent since early May, an indication of weakening accumulation. 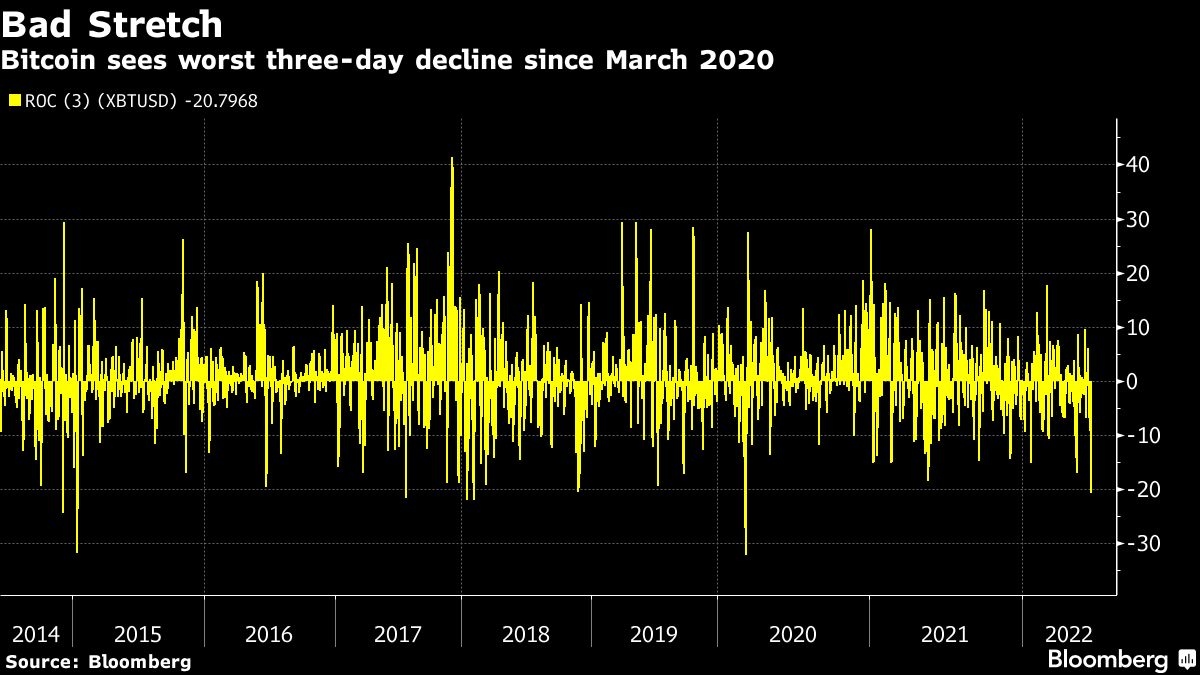 Bitcoin has fallen 30 per cent this month. Its three per cent decline Tuesday marks its eighth straight day of losses, with the rate of change over the past three days at 21 per cent -- the starkest drop in its history.

“Bitcoin trades like a penny stock,” Brian Nick, chief investment strategist at Nuveen, said in an interview. “There’s all kinds of reason to think that once it starts falling quickly, it can continue to fall. If it can move 20 per cent in two days, it can move another 20 per cent the next two days.”