If in the throes of this bull market’s earliest stages of recovery someone told you to forgo stocks, forget commodities, renounce fixed-income assets and buy an unknown digital token, the first of its kind, and watch it grow beyond your wildest dreams, you’d call them crazy, right?

Emerging out of the ashes of the financial crisis, Bitcoin was created as a bypass to the banks and government agencies mired in Wall Street’s greatest calamity in decades. At first, it was slow to break through, muddied by a slew of scandals: fraud, thefts and scams that turned away many and brought closer regulatory scrutiny. But once it burst into the mainstream, it proved to be the decade’s best-performing asset.

The largest digital token, trading around US$7,200, has posted gains of more than 9,000,000 per cent since July 2010, according to data compiled by Bloomberg.

“Bitcoin really captured that wild technology enthusiasm that ‘this time is different,’” said Peter Atwater, the president of Financial Insyghts and an adjunct professor at William & Mary in Williamsburg, Virginia.

The performance over the past 10 years, even with its huge run-up and subsequent mega-crash, leaves all others in the dust. It’s a massive windfall for those who HODL’ed through its ups and downs, even as it continues to provide fodder for get-rich-quick schemes. For some, the never-ending fantasy of continually hitting that payoff still helps to keep Bitcoin’s momentum going.

Nothing else comes even close to beating it. The S&P 500 merely tripled in that period. An index that tracks world markets has more than doubled. Gold is up 25 per cent. Some of the best-performing stocks in the Russell 3000 -- including Exact Sciences Corp. and Intelligent Systems Corp. -- are each up about 3,000 per cent. Those gains pale in comparison to the finance world’s latest -- and one of its most controversial -- marvels. 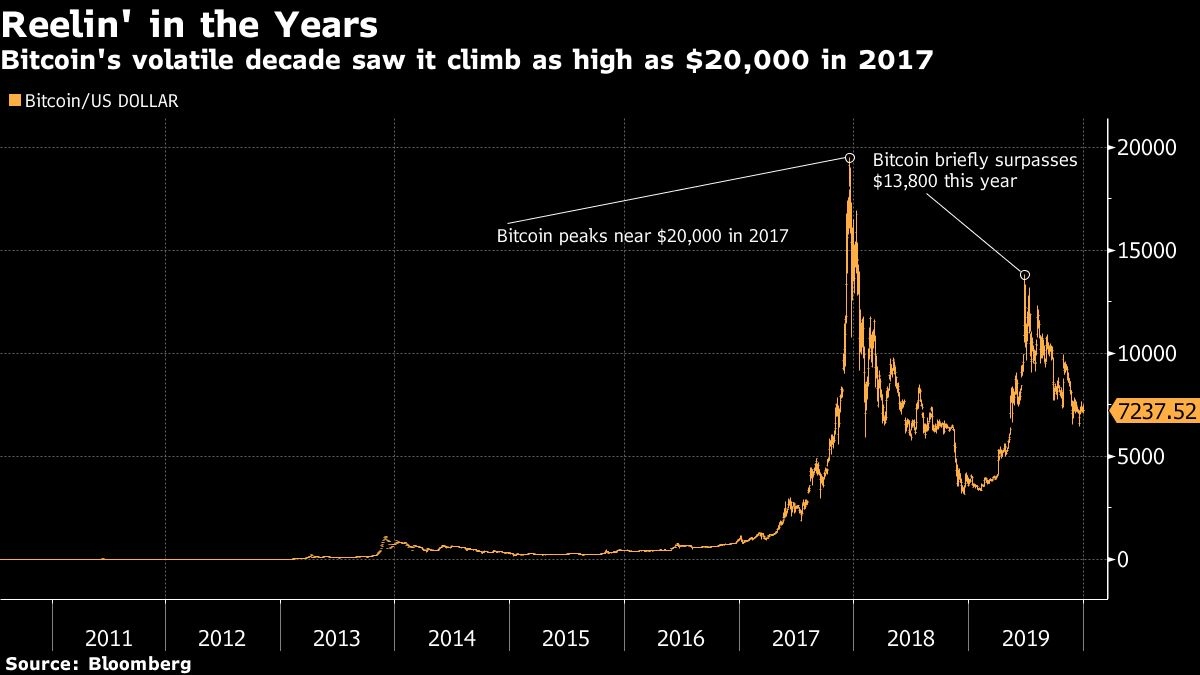 Partly, the monster return is a reflection of the calculus behind Bitcoin’s jumping-off point: the token wasn’t worth anything when someone named Satoshi Nakamoto launched it on Halloween 2008. Designed as a method of exchange that can be sent electronically between users around the world, it did not have a centralized control network. Bitcoin, instead, is run by a network of computers that keep track of all transactions on the blockchain ledger. For many, that technology was reason enough to buy into the idea.

On the other side of the equation are Bitcoin’s devoted enthusiasts who saw in its technology a promising way to change the global financial system.

“This is the first time that there’s a real separation -- just like church and state -- you have a separation of money and state,” said Alex Mashinsky, founder of Celsius Network, a crypto lending platform. “That’s the innovation, that’s the excitement.”

But Bitcoin was slow to take off, notching its first transaction two years after its creation, when someone used it to buy pizza. Since then, the first-born token’s price has catapulted, doubling many times over, and hundreds of imitators have cropped up -- some with more success than others.

Many of those who got in early stayed faithful, watching as it made its way through a boom and bust cycle unrivaled by almost anything else over the last decade. 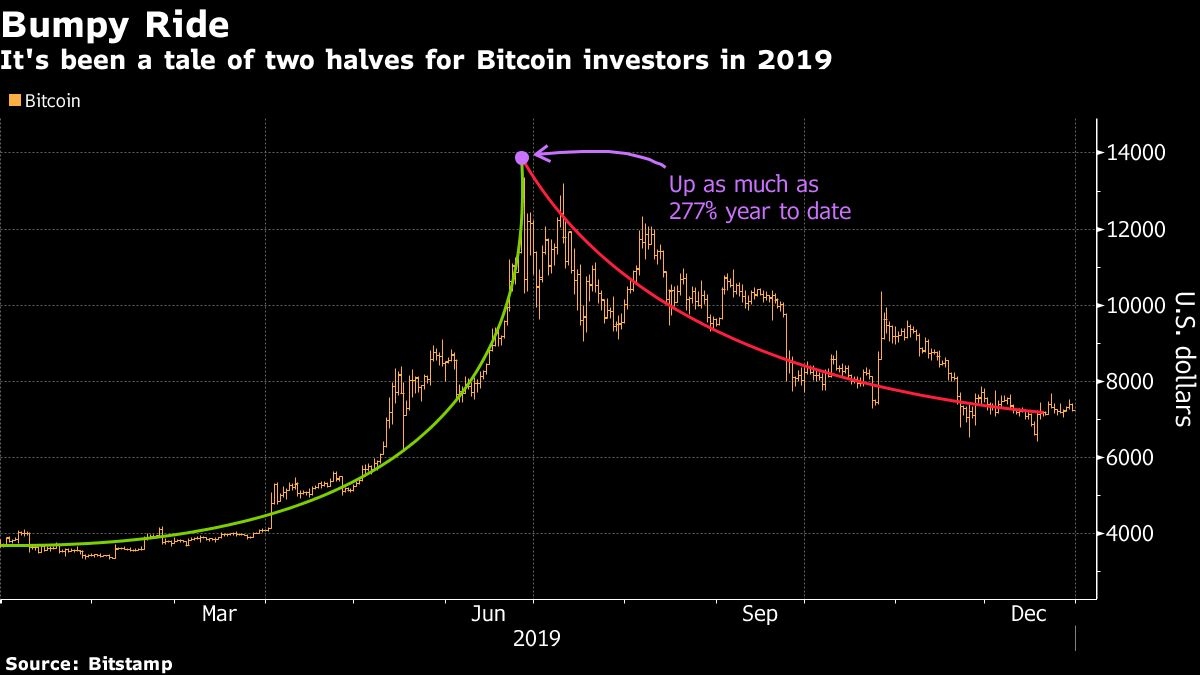 “Certainly the numbers are what appeals to investors,” said David Tawil, president of ProChain Capital. “The next 10 years need to be a totally different stage of growth based on totally different factors than the first stage.”

As much as it’s made a fortune for speculators and some thieves, Bitcoin’s survival will rest on further adoption. It’s not being used as a widespread medium of exchange. A few large retailers are accepting payment in Bitcoin but it hasn’t been the large-scale embrace so many had predicted. Scams are still running rampant. Interest is waning and consolidation among large owners is at a higher level than it was during the height of the 2017 bubble, which means that their influence over prices could be increasing.

Projections for the next decade abound. In the 2020s, mass adoption is surely to take off, they say. Blockchain technology will revolutionize and solve every problem in the world. On the other hand, regulatory scrutiny is likely to intensify, with central bankers paying closer attention than ever before.

In the more immediate term, some speculators forecast 2020 might be less fraught with volatility given its upcoming halving, whereby the number of coins awarded to so-called miners who process transactions is cut by 50 per cent. That’s set to happen in May 2020 (the internet is replete with countdown clocks). The coin’s previous cut, about four years ago, coincided with a run-up in its price, pushing many crypto evangelist to believe in a repeat.

To CoinList’s Andy Bromberg, the halving is already priced in. “Maybe it’s been overpriced in and everyone’s bought into this thesis and we see a dip post-halving,” said the firm’s co-founder and president in an interview. “That would not shock me.”

But beyond next year, “Bitcoin is finding its own narrative as digital gold,” he said. “It feels like that narrative is picking up steam and it’s breaking away on its own. I would define success for most crypto assets as doing exactly that.”