Bitcoin’s trading above US$9,000 once again, but technical indicators suggest the largest cryptocurrency is stuck in a funk.

Though the price level may provide support, Bitcoin needs to break out of the downtrend it formed when its May high failed to take out the one reached in February. Any further rally that withers before overcoming a previous high may signal Bitcoin entered a potential downtrend, further indicating bearish sentiment.

The token is facing bearish sentiment and “a healthy pullback might be needed before it can break above the US$10,000 level again,” Edward Moya, senior market analyst at Oanda, wrote in a note.

Bitcoin rose as much as 3.7 per cent to US$9,190 in New York trading on Wednesday. Peer coins including Dash and Litecoin also advanced. 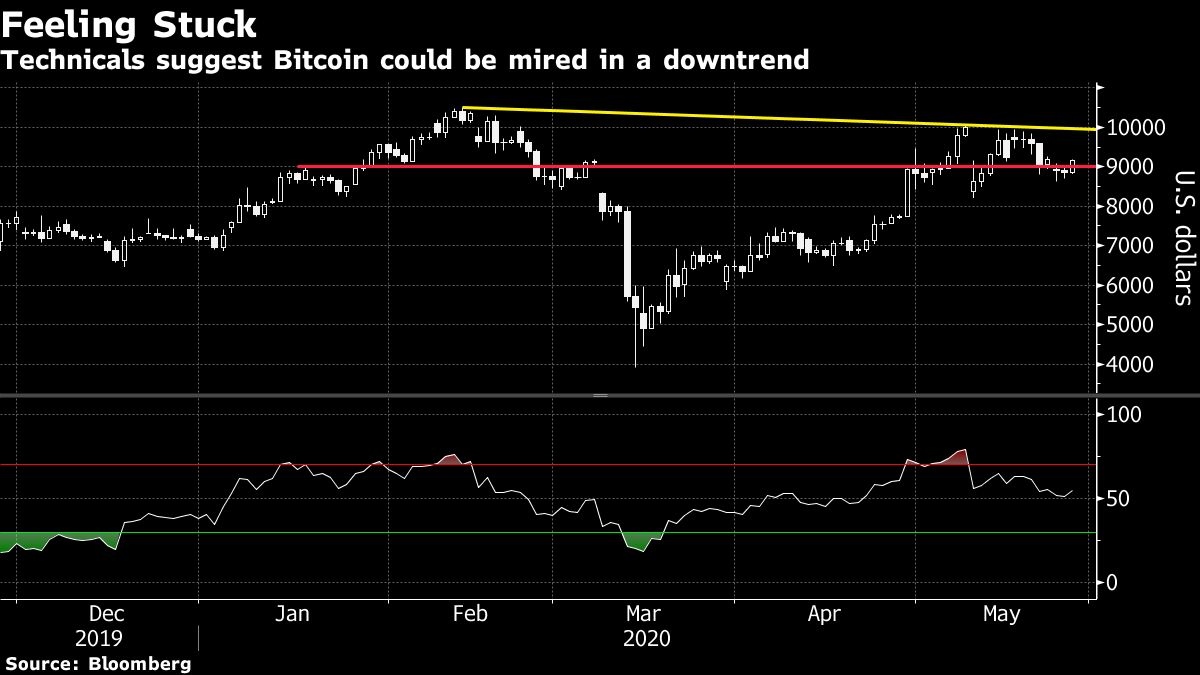 Since its historic halving event earlier this month, which reduced the rewards miners receive, Bitcoin has been stuck in narrow range. Despite predictions the event would help push up its price, the world’s largest digital token has thus far failed to meaningfully climb above US$10,000 -- though many enthusiasts forecast that a significant rally is still in the cards.

A number of high-profile investors, including Paul Tudor Jones, have in recent days voiced their preference for the token amid colossal interventions by central banks around the globe. Many argue Bitcoin and other cryptocurrencies could benefit in an inflationary environment.

“We view the benchmark crypto as a resting bull that likely needs something to change significantly in its 10-or-so-year history to not just resume doing what it was doing: Appreciating,” he wrote in a note. Should the stock market sell off dramatically again, Bitcoin could stand to benefit.