Bitcoin is flirting with a run toward its all-time high after jumping more than 90 per cent since a low in July.

The largest cryptocurrency was trading little changed just above US$57,000 as of 10:07 a.m. in London, some US$7,700 shy of its April record. A recent rally in digital tokens like Bitcoin and second-ranked Ether contrasts with the travails of assets such as stocks, bonds and gold amid a bout of jitters in global markets.

Record highs for Bitcoin are possible, maybe at around US$80,000 to US$85,000 based on chart patterns, said Vijay Ayyar, head of Asia Pacific with crypto exchange Luno in Singapore. That’s providing US$50,000 holds as a rough floor for the virtual currency in the short term, he added.

The charts below summarize clues about the outlook for Bitcoin and Ether from technical and seasonal trends as well as options positioning.

Bitcoin’s climb has activated an inverted head and shoulders chart pattern. The so-called measured objective for Bitcoin derived from this pattern is about US$79,000, which would top the all-time high of almost US$65,000 from April. 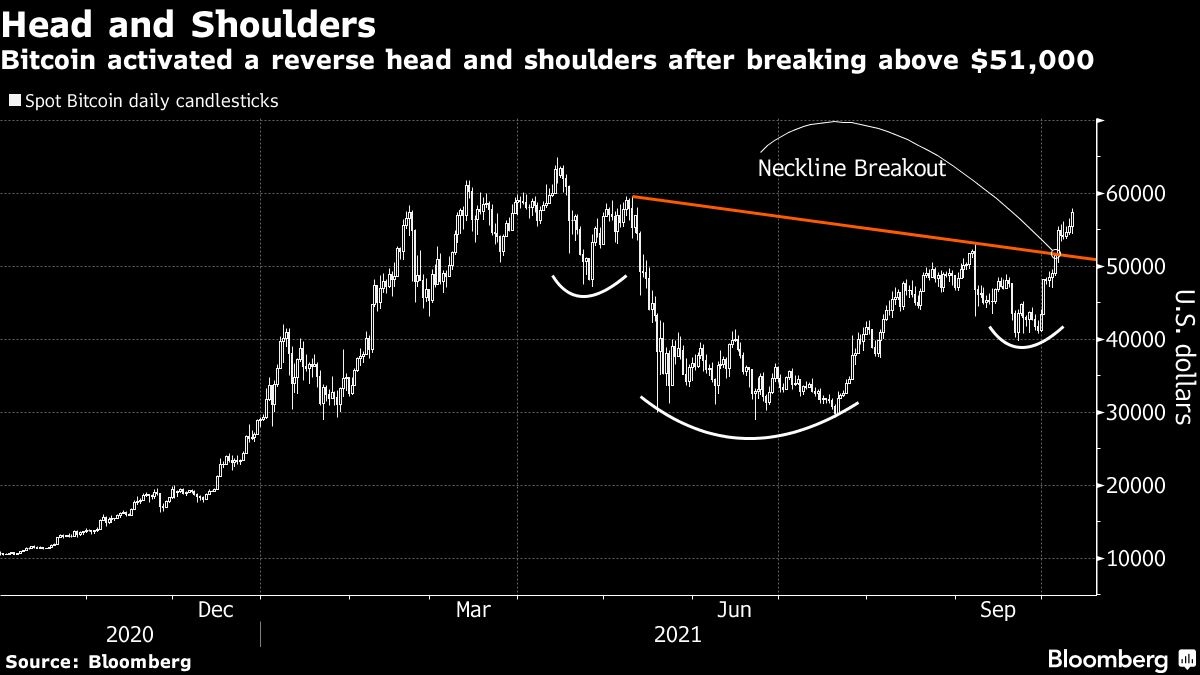 A study of Bitcoin and Ether price momentum using the popular Ichimoku cloud technique reveals a signal that in the past presaged further gains. The study shows that short-term momentum has crossed above the longer term trend. Over the past five years, both tokens were significantly higher a year after each such crossover. 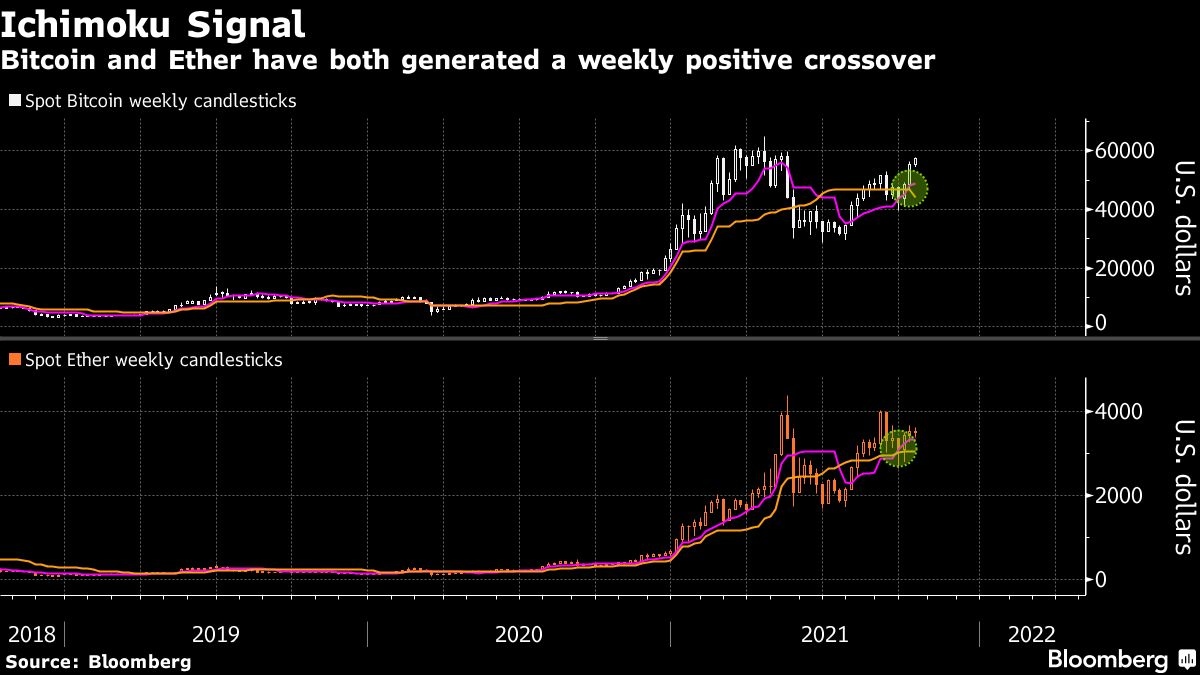 Positioning in the options market suggests bets on a continuation of the Bitcoin advance. Open positions for the US$80,000 strike call for December 2021 expiry far outnumber those for the US$40,000 strike put, according to data from options exchange Deribit. 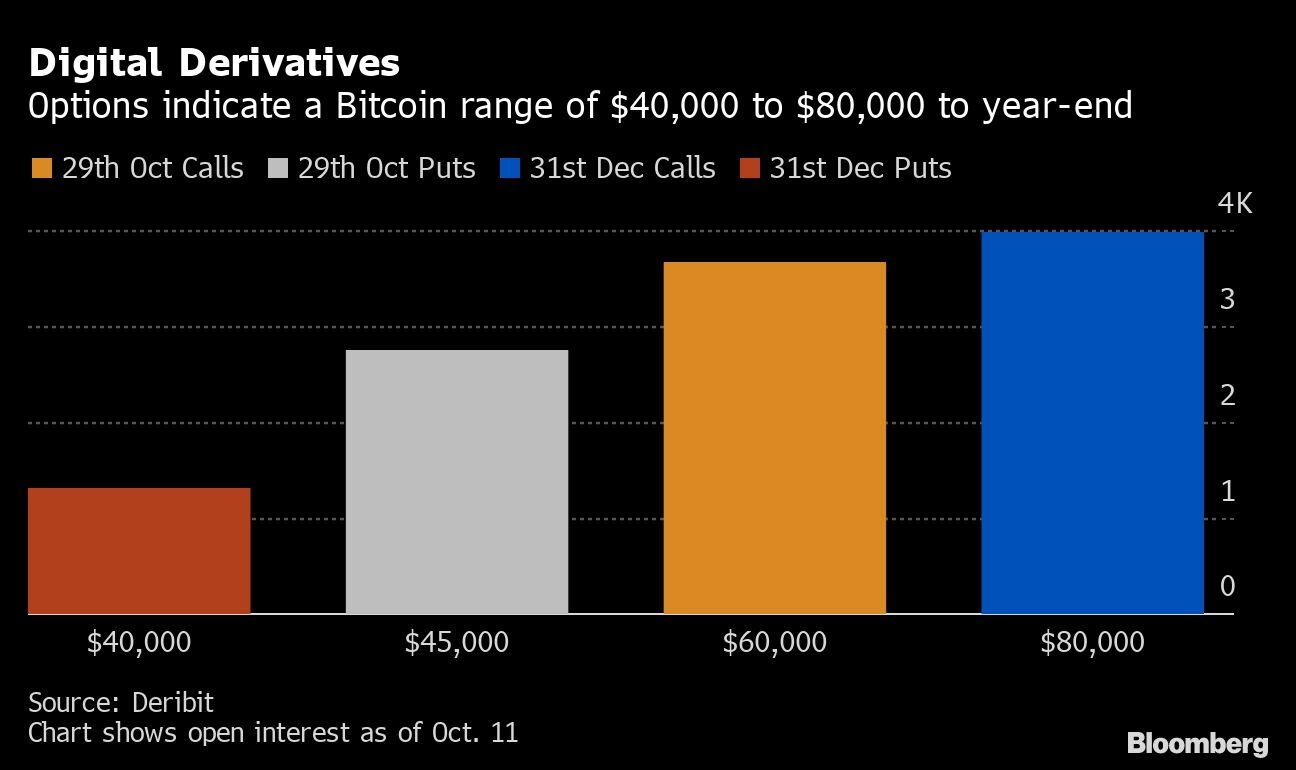 Bitcoin outperformed Ether in October in 2018, 2019 and last year, and the pattern is holding again this month. On average over the past three years, Bitcoin was ahead of Ether by about 13 percentage points in October. 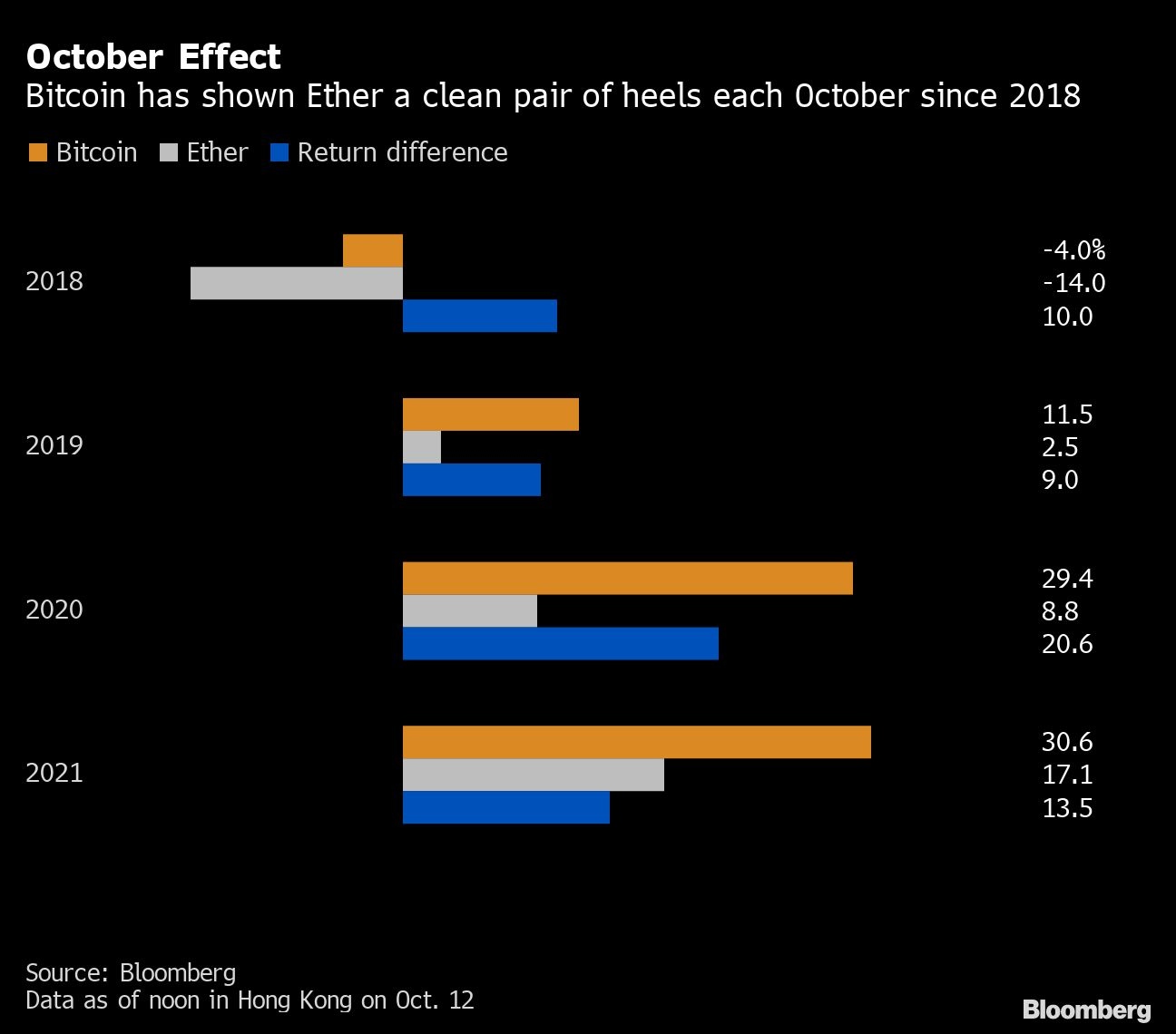