Crypto has been playing a role for many as an inflation hedge: Purpose Financial's Som Seif

Bitcoin continued its slide Thursday, falling for a fifth consecutive day as it slipped below US$57,000 for the first time since October, in a retreat from record highs.

The world’s largest cryptocurrency hasn’t slumped that long since the five days that ended May 16. Unlike traditional assets, crypto assets trade on the weekend, so the streak includes Saturday and Sunday. 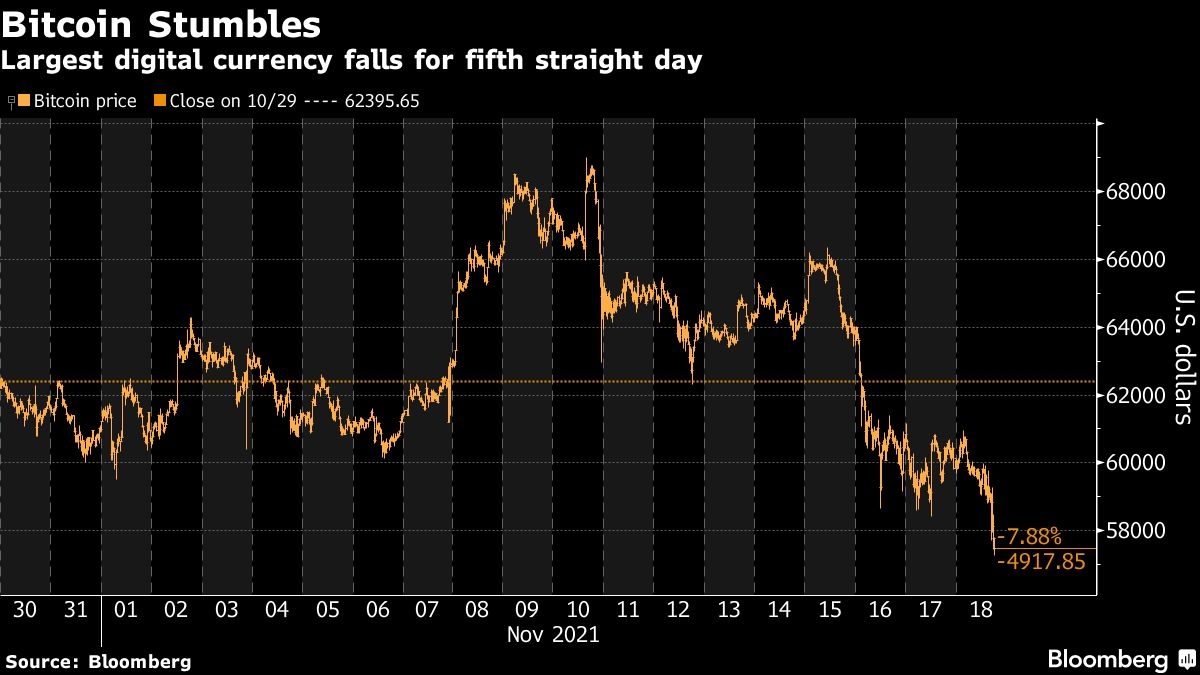 “The pullback, while sharp, has not impacted our positive intermediate-term gauges. Short-term oversold conditions are within reach for Bitcoin, Ether, and many altcoins,” said Katie Stockton, founder and managing partner of Fairlead Strategies. “So we would look for their collective pullback to mature later this week.”

Stockton sees US$52,900 as a support level for the coin, but also said that charts may suggest support near US$58,000.