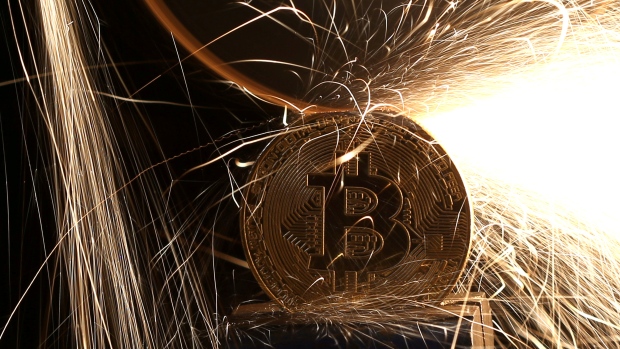 NEW YORK — Bitcoin sank on Monday after website CoinMarketCap removed prices from South Korean exchanges from its calculations of digital currency rates without any warning, resulting in a steep drop in all virtual coins they track.

CoinMarketCap shows real-time prices and market capitalizations for more than 1,300 cryptocurrencies and is widely followed by market participants. The exclusion of data from South Korean exchanges, where virtual currencies trade at a wide premium, sowed confusion and triggered a broad selloff.

"Every crypto is priced at a 30-per-cent premium in South Korea," said Greg Dwyer, head of business development at cryptocurrency derivatives exchange BitMex. "By removing that, it looks like the market cap fell by 30 per cent and so people rushed to sell because they're not sure what's happening.

CoinMarketCap was not immediately available to comment on its move.

Cryptocurrency prices tend to be much higher on South Korean exchanges because of huge demand and monetary restrictions in that country, analysts said.

"South Korea has always had a premium because it's very difficult to get cash out of the country," said Dwyer. "Anyone looking to take advantage of an arbitrage in South Korea needs to do it with fiat currencies."

Traders said XRP was the most severely affected by CoinMarketCap's removal of South Korean prices because it was trading at a 50-per-cent premium in that country.

Ripple is a U.S.-based provider of blockchain-based banking payments and it created XRP to facilitate cross-border payments and institutional settlement in seconds.