A selloff in Bitcoin accelerated Tuesday, pushing it below US$30,000 for the first time in about a month.

The largest digital coin fell 3.6 per cent to US$29,667 as of 7 a.m. in New York. Other virtual currencies also retreated, including second-ranked Ether. The Bloomberg Galaxy Crypto Index was down about 4 per cent.

Some traders had viewed US$30,000 as a key support that might open the way to more losses if breached. Further big declines from here could rattle the cryptocurrency market and even exacerbate a wider flight from risk assets such as stocks. Global equities are falling due to fears of slowing economic growth and the relentless spread of the delta variant of Covid-19.

“We’re going to need to form another base first before resuming another bull trend,” said Vijay Ayyar, head of Asia Pacific with cryptocurrency exchange Luno in Singapore. “We are going to be ranging between US$20,000 and US$40,000 for the rest of the year.” 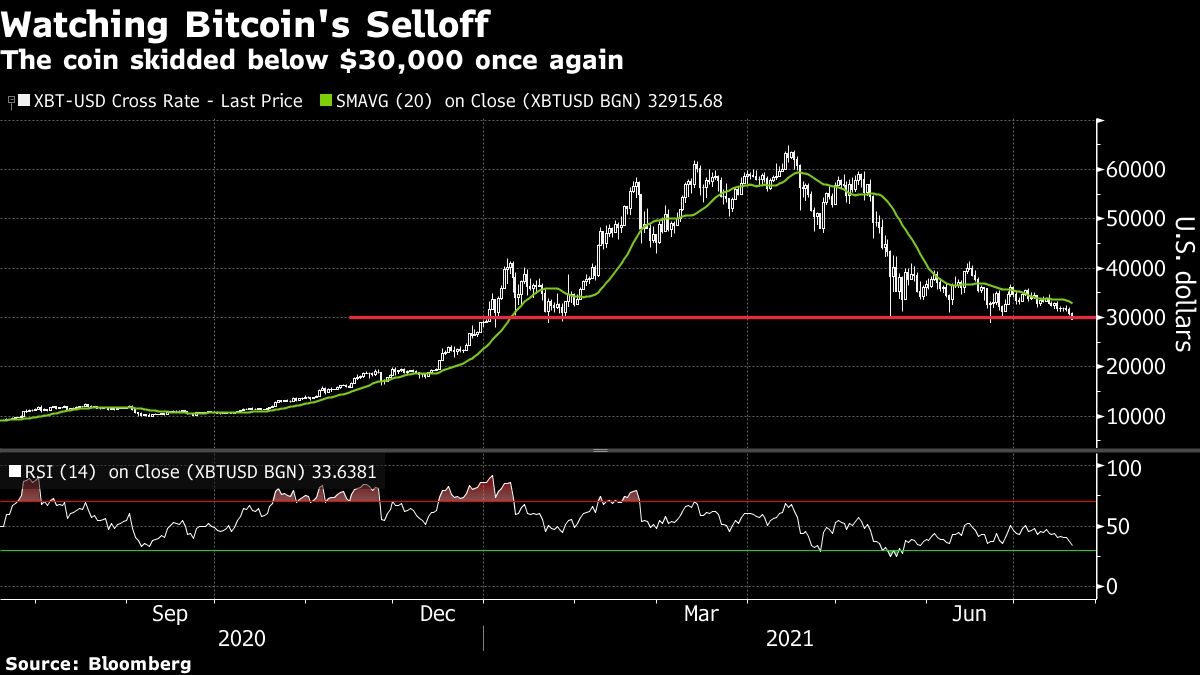 Narratives that had propelled Bitcoin to a mid-April record of almost US$65,000 are now being questioned. Some had argued the digital asset could act as a hedge against inflation due to its limited supply. But Bitcoin’s 2 per cent advance this year lags behind the S&P 500’s 13 per cent advance.

“Investors who are allocating to crypto know that volatility is going to be part of it,” Grayscale Investments CEO Michael Sonnenshein said in an interview on Bloomberg TV.

Bitcoin has been hit by many setbacks of late, including China’s regulatory crackdown -- partly over concerns about high energy consumption -- and progress in central bank digital-currency projects that could squeeze private coins.

The creator of meme-token Dogecoin recently lambasted crypto as basically a sham, and the appetite for speculation is generally in retreat.