The Volatility of Crypto: Where Is Bitcoin Headed?

Bitcoin erased most of its gains Tuesday after China’s central bank and a regulator in the capital city took action against a company that was allegedly providing cryptocurrency-related services.

The largest cryptocurrency had risen as much as 3.7 per cent to US$35,094 before dropping back after the People’s Bank of China and Beijing’s local financial regulator ordered a company in the city to cancel its business registration for allegedly providing software services to cryptocurrency trading. As of 6:26 a.m. in New York it was up 0.3 per cent to US$33,969. 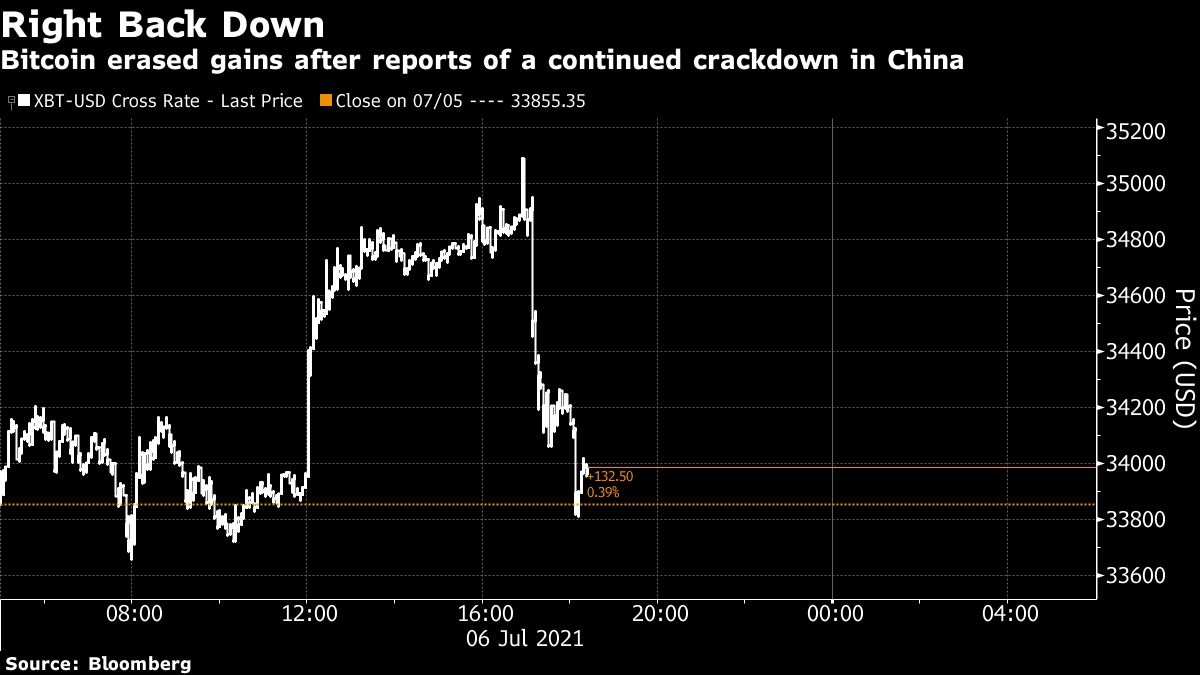 China has increased its focus on the cryptocurrency industry, adding restrictions on mining, trading and other services, as well as issuing cautions to entities like banks that might facilitate such transactions. Many miners have shut down or are trying to move out of the country, and mining metrics have showed the decreased activity.

The move came after some chart watchers had been eyeing the 50-day moving average above US$36,000 as a potential zone to see a bullish breakout. However, Bitcoin has been stuck in a range of about US$30,000 to US$40,000 for weeks after dropping from its record near US$65,000 reached in mid-April.