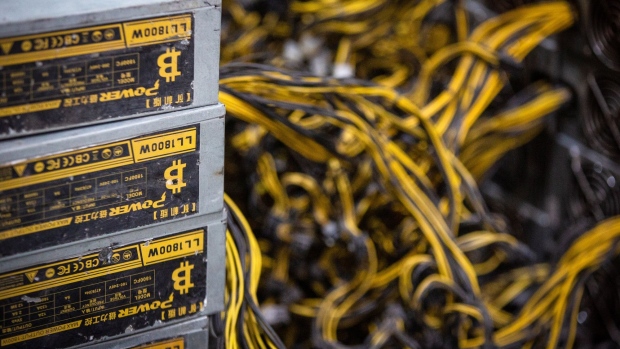 Mining rig power supply units at the CryptoUniverse cryptocurrency mining farm in Nadvoitsy, Russia, on Thursday, March 18, 2021. The rise of Bitcoin and other cryptocurrencies has prompted the greatest push yet among central banks to develop their own digital currencies. Photographer: Andrey Rudakov/Bloomberg , Bloomberg

Denmark is cracking down on crypto traders after finding that two-thirds of local transactions made using Bitcoin and other cryptocurrencies aren’t properly taxed.

The country’s existing tax code, which is roughly a century old, isn’t designed to deal with the challenges posed by crypto assets, the Danish tax ministry said on Tuesday. It cited a heightened risk of fraud as well as widespread errors in filings.

Denmark will start by defining the specific challenges that cryptocurrencies pose to taxation authorities, and then decide what to change in the legislation. In its statement, the ministry noted that the current code “dates back to 1922 and therefore doesn’t take financial cryptocurrencies into account.”

Morten Bodskov, the country’s tax minister, said the goal is to be “vigilant and ensure that our rules are up-to-date and limit errors and fraud.”

Between 2015 and 2019, about 16,000 people and companies in Denmark traded cryptocurrencies. Of those transactions, 67% weren’t accompanied by an accurate tax filing. In February, the Danish Tax Agency said it had collected $4.9 million from crypto investors and reported 48 people to its crimes unit, based on a suspicion that they’d violated the country’s tax code.