Bitcoin topped US$50,000 for the first time since May as crypto prices continued an ongoing recovery from a disorderly rout just three months ago.

The largest virtual coin advanced 3.8 per cent to US$50,272 as of 6:53 a.m. in New York, with other tokens including Ether and Cardano’s ADA also rising.

The revival in virtual currencies has excited the animal spirits of the crypto faithful, putting predictions of US$100,000 or more for Bitcoin back in vogue. Others see the volatile asset carving out a wider trading range for now.

“We’re seeing some very bullish signs here,” said Vijay Ayyar, head of Asia-Pacific with crypto exchange Luno in Singapore. Bitcoin could “test all-time highs again” after pushing past levels that some had seen as major challenges. 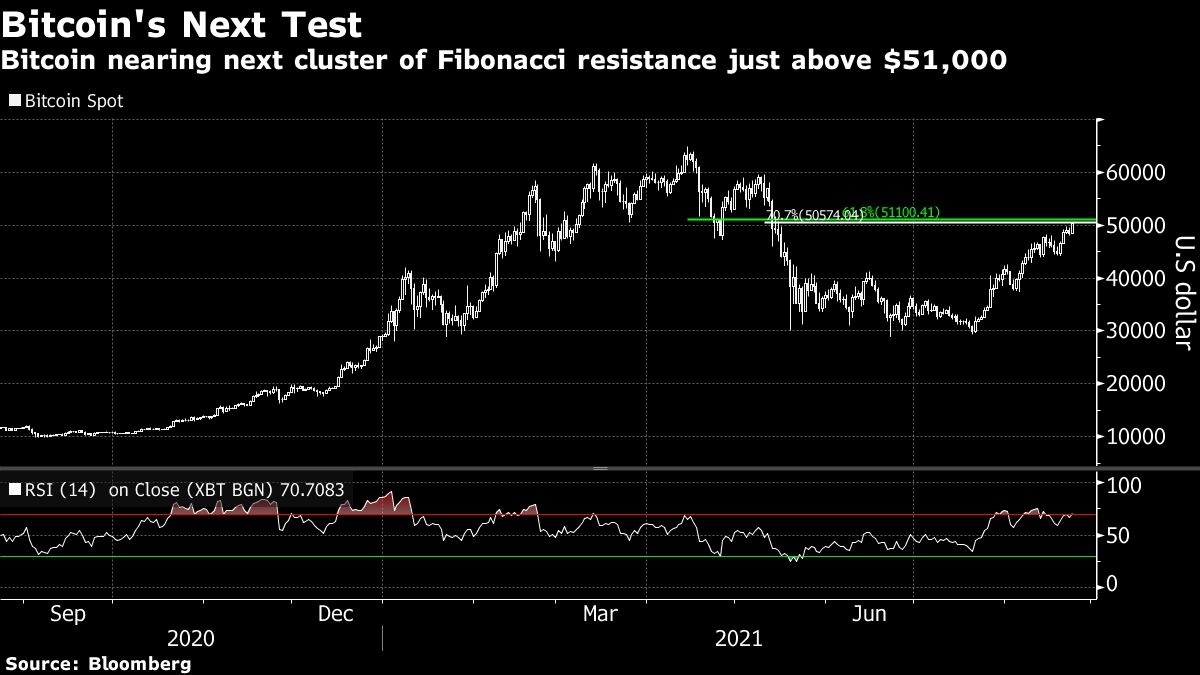 Market sentiment also benefited from PayPal Inc.’s announcement that it will allow U.K. customers to make crypto transactions. It’s the first international expansion of PayPal’s crypto service beyond the U.S., and another hint at wider adoption of the industry.

In April, Bitcoin hit a record of almost US$65,000, driven by a tide of liquidity, fast-money bets and optimism about growing demand from institutional investors. Supportive views from billionaire Elon Musk and the direct listing of digital-currency platform Coinbase Global Inc. also fueled optimism.

But more critical opinions later emerged, including an about-face from Musk, focused in part on the environmental cost of the energy consumed by the computers that underpin Bitcoin. A cryptocurrency crackdown in China also soured the mood. Bitcoin tumbled below US$30,000 after a crypto rout in May.

The recovery since then has seen the value of the crypto universe tracked by CoinGecko reach about US$2.2 trillion from US$1.2 trillion a month ago.

Musk last month said he’d like to see the token succeed and that he personally has bought Bitcoin, Ethereum and Dogecoin. Ark’s Wood said corporations should consider adding Bitcoin to their balance sheets.

The hash rate -- a measure of the computational power being put toward the Bitcoin network -- has also rebounded from early-July lows, in a sign that the sector is adjusting after disruptions caused by China’s clampdown. 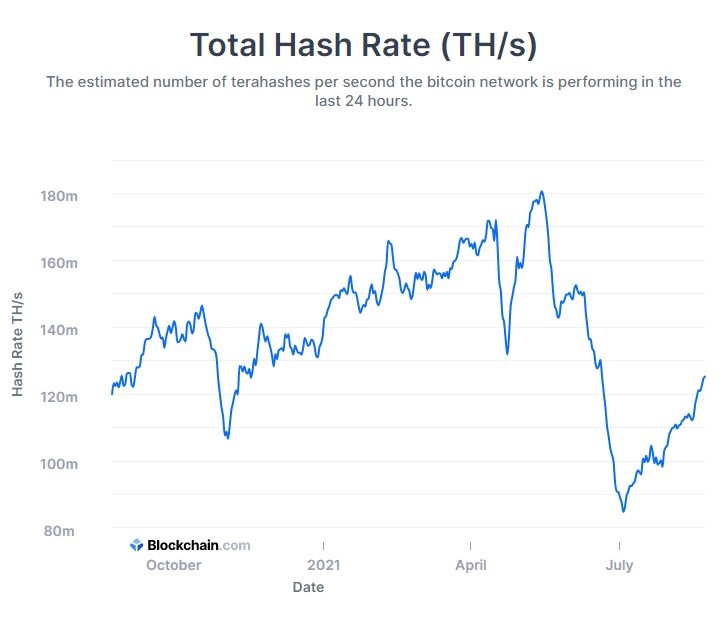 Bitcoin is “getting nearer the higher end of what I expect as a new trading range in the low-US$40,000s to low-US$50,000s,” Rick Bensignor, chief executive officer at Bensignor Investment Strategies, wrote in a note Monday.

Ether has also been climbing, boosted by an upgrade to its underlying network that signals a more constrained supply of the token. The ADA coin linked to the Cardano blockchain has surged of late into third spot on technological enhancements that may make the network more useful.