Shareholders of BlackBerry Ltd. rebuked the board and major shareholder Prem Watsa, rejecting the company’s executive compensation plan and voting in large numbers against Watsa’s re-election as a director.

Watsa received just 50.7 per cent support at the Canadian software company’s annual meeting on Wednesday. That means, excluding the 46.7 million shares controlled by Watsa’s Fairfax Financial Holdings Ltd., shareholders representing a majority of the votes at the meeting opposed him.

BlackBerry investors also voted 56 per cent against the company’s compensation plan in a so-called “say on pay” resolution. That was up from 41 per cent opposition in a similar vote last year.

BlackBerry was briefly caught up in last year’s meme-stock craze -- the shares more than doubled in January 2021 -- before giving up those gains. The shares remain lower than they were when John Chen took over as chief executive officer in 2013 with a plan to focus on software instead of smartphones. 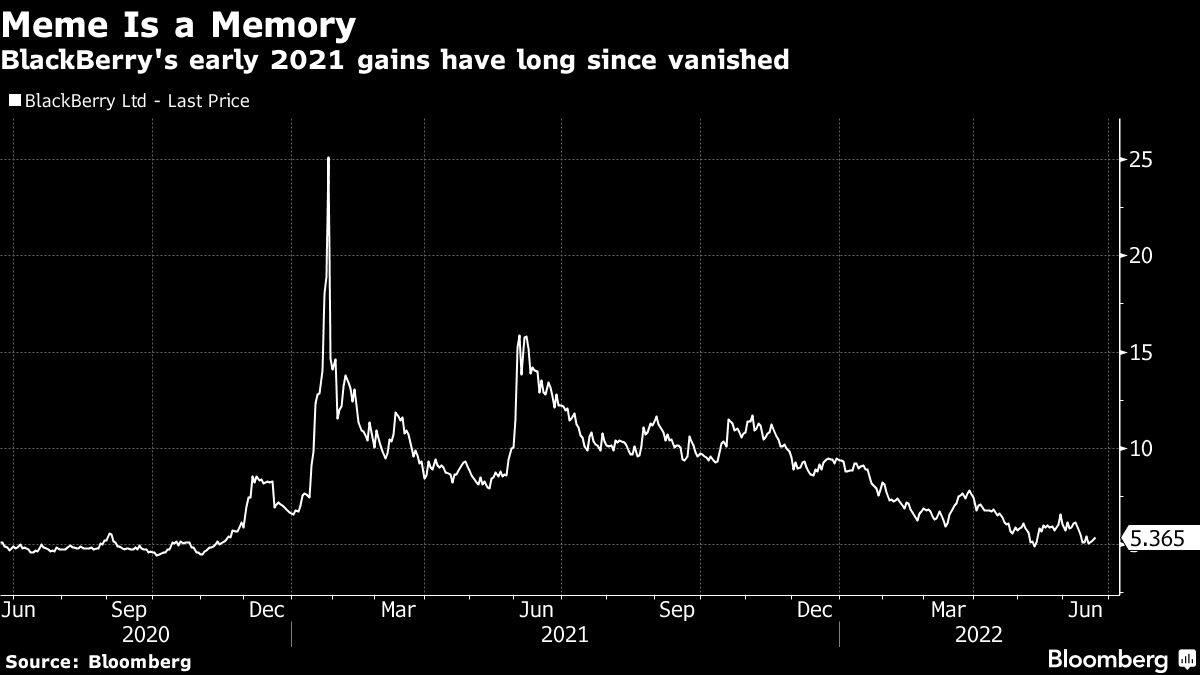 On a personal level, the vote is a blow for Watsa, a legend in Canada’s financial community for his success in following Warren Buffett’s approach to value investing. From a corporate perspective, it’s the latest in a series of milestones marking BlackBerry’s long descent.

Once the dominant player in smartphones, die-hard fans of BlackBerry devices, including Barack Obama, weren’t enough to save the company from a series of missteps and relentless competition from Apple Inc. At its peak the company had a stock market value of about $85 billion (US$66 billion); today it’s $4 billion.

Shareholders’ discontent stems in part from the tens of millions of dollars in stock awards Chen has received over the years, even as the company struggled to grow. The temporary rise in the share price during the meme-stock rally meant that Chen received performance share units, or PSUs, despite its subsequent tumble.

Shareholder advisory firms Glass Lewis & Co. and Institutional Shareholder Services Inc. both recommended that investors vote against the say-on-pay plan. The compensation vote is advisory, meaning it isn’t binding on the board.

In February, Chen filed a plan with regulators to sell as many as 2.9 million shares of BlackBerry, or nearly a third of his holdings, for “personal financial planning purposes.”