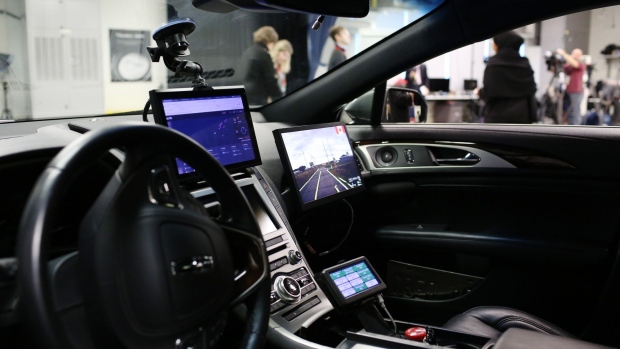 The interior of a Ford Motor Co. Lincoln MKZ vehicle with a Blackberry Ltd. autonomous driving system installed is seen at the BlackBerry QNX headquarters in Ottawa, Ontario, Canada, on Friday, Feb. 15, 2019. The Canadian government is pledging C$40 million ($30 million) in funding for BlackBerry to fund research and hiring in autonomous vehicles. Photographer: David Kawai/Bloomberg , Bloomberg

“This quarter we aligned the business around the two key market opportunities -- IoT and Cyber Security,” Chief Executive Officer John Chen said in a statement. “In IoT we are pleased with the strong progress of the auto business, despite global chip shortage headwinds.”