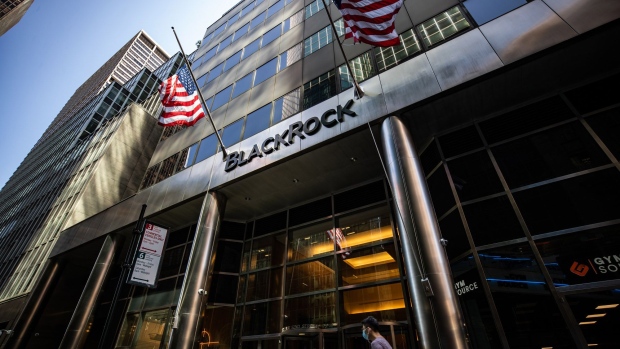 The pair of ex-staffers, in a letter to BlackRock Chief Executive Officer Larry Fink posted Thursday on Medium, called on the firm to reform its practices, saying they experienced racial and religious discrimination during their time working at the world’s largest asset manager.

“While we disagree with the portrayal of our firm in today’s blog post, we must acknowledge that there are former and current employees who have not experienced the culture that we aspire to at BlackRock,” Manish Mehta, BlackRock’s global head of human resources, wrote in a memo to staff late Thursday. BlackRock will be more transparent in handling complaints, and tell employees how they can escalate workplace issues, according to the memo.

The former employees, Essma Bengabsia and Mugi N. Nguyai, wrote that BlackRock should disclose more detailed information on hiring, promotion and attrition for various racial groups, and change how its human-resources department handles harassment complaints. Bengabsia is an American Arab Muslim woman, and Nguyai a Kenyan man, according to the Medium post.

“We write this letter because we believe that BlackRock must and is capable of doing better,” Bengabsia and Nguyai wrote. “But change is not easy and requires investment and making tough decisions.”

Earlier this month, Bengabsia published a post on Medium alleging that she was harassed at BlackRock for her faith, including being publicly rebuked by a colleague after taking prayer breaks during the workday. Nguyai faced “retaliation” after reporting that he was experiencing harassment and racism, he alleged in Thursday’s post.

“While we strive for a culture of respect and belonging, some of our people have experienced the firm in a way that is not inclusive,” BlackRock said in its memo.

A BlackRock spokesman declined to comment beyond the memo.