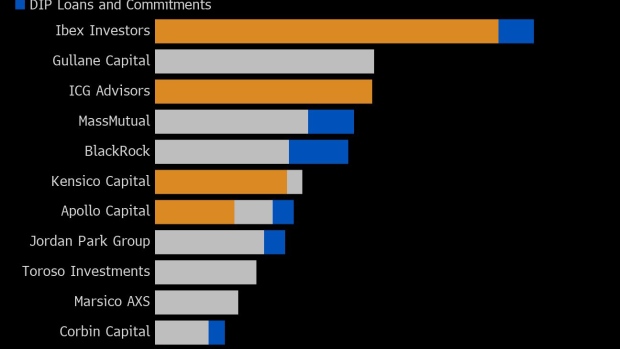 (Bloomberg) -- BlackRock Inc. and Apollo Global Management Inc. are among a group of creditors that lent around $500 million to bankrupt Bitcoin miner Core Scientific Inc. by purchasing its secured convertible notes, according to a court filing.

The disclosure reveals how traditional finance firms helped to bankroll the crypto-mining industry during its boom, when such companies raised billions of dollars by issuing debt. But a plunge in the price of Bitcoin, the largest cryptocurrency, and high electricity costs have slashed the profit margins of the so-called miners that process transactions, threatening the companies with insolvency.

BlackRock acquired $38 million of convertible notes through funds and accounts managed by its subsidiaries in August, while Apollo Capital Management purchased $22.6 million and $11 million in April and August respectively, according to the filing. The two asset managers also contributed $17 million and $6 million respectively to the miner’s debtor-in-possession loan so it can continue to operate while in bankruptcy.

Other large holders of the notes include investment firms Ibex Investors, Gullane Capital, ICG Advisors and MassMutual. Ibex Investors, the biggest holder in the group, lent nearly $98 million to Core Scientific in April through note purchases and committed another $10 million to its DIP loan.

Austin, Texas-based Core Scientific is the largest Bitcoin miner by computing power and was the first major publicly traded crypto-mining company to file for bankruptcy. Besides the convertible notes, it also borrowed hundreds of millions of dollars from crypto lenders through loans backed by its computer equipment.