It might not be immediately obvious, but 2022 will be positive for markets: BlackRock's Reiman

BlackRock Inc. became the first public asset manager to hit US$10 trillion in assets, propelled by a surge in fourth-quarter flows into its exchange-traded funds.

Investors poured a net US$104 billion into ETFs in the three months ended Dec. 31, the firm said Friday in a statement -- a record for the company. 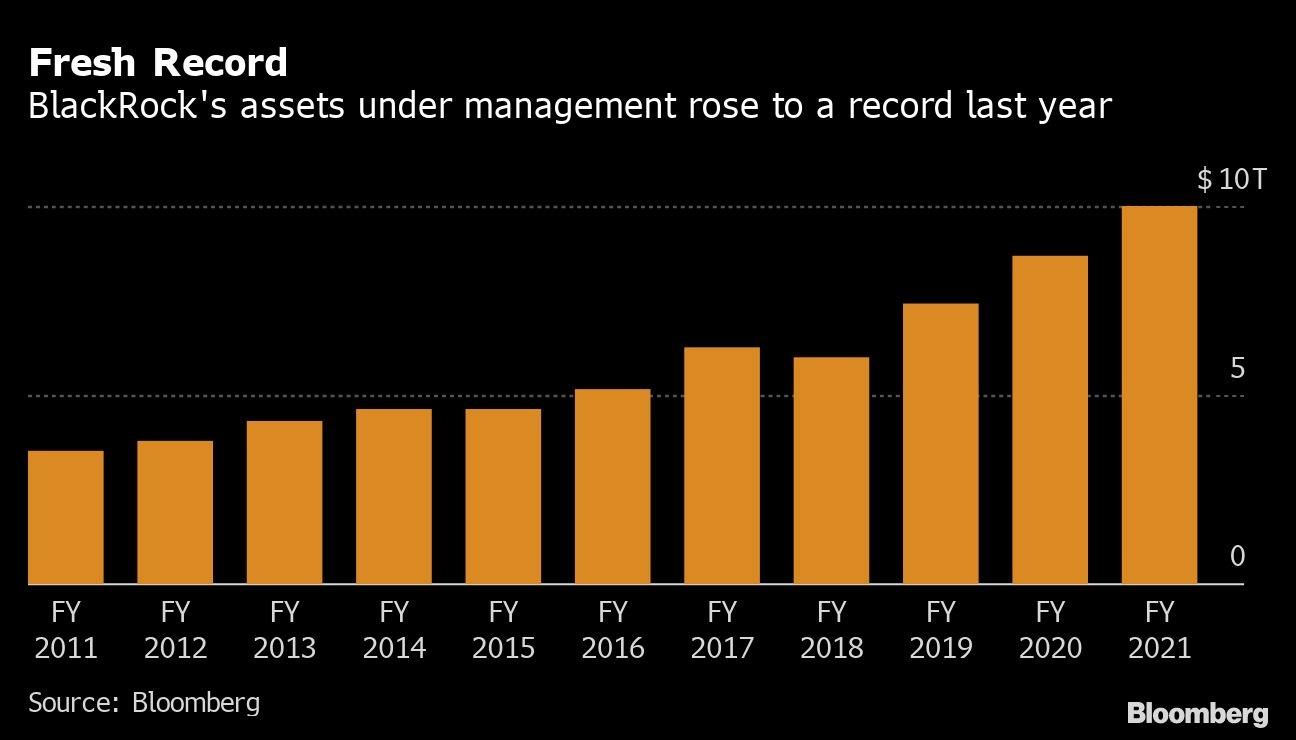 The world’s largest asset manager also benefited from a rally in markets, with the S&P 500 climbing 11 per cent in the latest quarter and 27 per cent in 2021. Investors added a net US$169 billion to BlackRock’s long-term investment vehicles, including ETFs and mutual funds, in the final three months of the year.

“Our business is more diversified than ever before,” Chief Executive Officer Larry Fink said in the statement. “Active strategies, including alternatives, contributed over 60 per cent of 2021 organic base fee growth.”

The results reinforce BlackRock’s position atop the industry, with assets under management rebounding from a dip at the end of the third quarter. The earnings come ahead of an annual letter that Fink, 69, sends to corporate leaders, laying out priorities on everything from boardroom diversity to climate change. 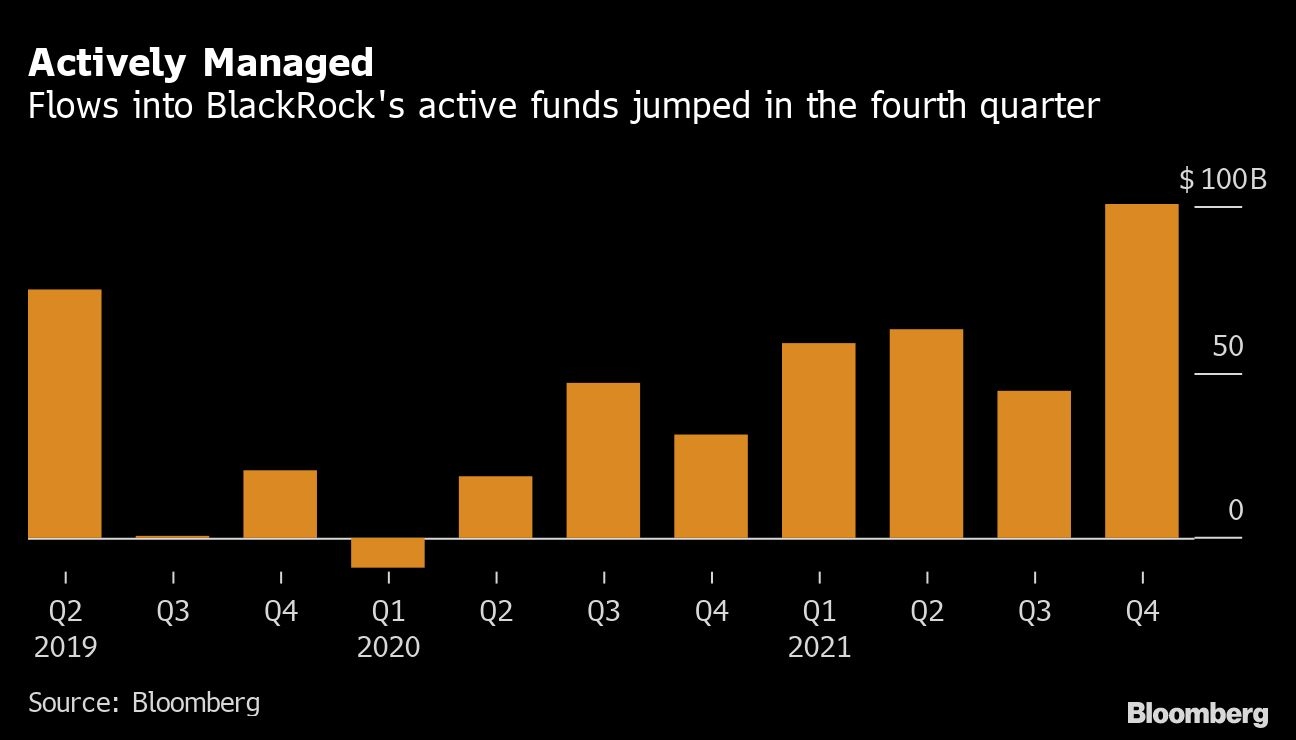 Actively-managed funds, a style that includes ETFs and mutual funds, saw a net US$101 billion in flows. BlackRock now manages US$2.6 trillion in such assets. The firm’s alternatives business, which includes hedge funds, saw US$5.5 billion of inflows, taking total assets to US$265 billion.

Employee compensation and benefits increased US$218 million from the fourth quarter of 2020, reflecting the firm’s move to increase staff pay as inflation surged in the U.S. Starting in September, base salaries rose 8 per cent for all staff at the director level and below.

New York-based BlackRock saw adjusted earnings per share of US$10.42, beating the US$10.15 average estimate of analysts surveyed by Bloomberg. Revenue in the quarter was US$5.11 billion, missing the US$5.16 billion average estimate.

BlackRock fell short on revenue due to a decline in performance fees, according to Kyle Sanders, an analyst with Edward Jones. The shares fell 1.7 per cent at 9:45 a.m. in New York trading to US$852.50.