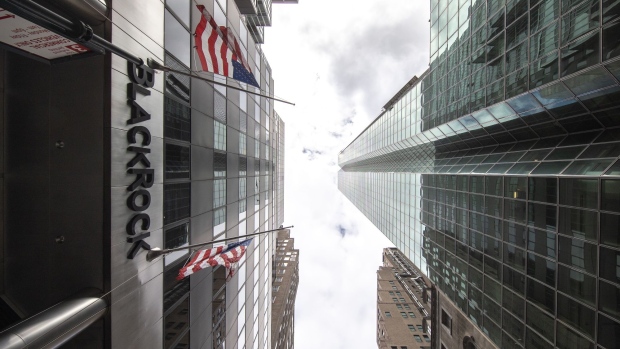 (Bloomberg) -- BlackRock Inc. disclosed that over the first three months of the year, it voted for a majority of shareholder proposals advocating sustainability-related changes at the companies whose shares it holds. But with key votes looming at major polluters, including oil heavyweight Exxon Mobil Corp., activists say that the firm’s true climate commitments haven’t yet been tested.

Environmental advocates watch BlackRock’s voting practices closely, particularly as it’s ramped up its own focus on climate in the past two years. BlackRock, the world’s largest money manager, carries considerable heft in corporate America, overseeing about $9 trillion in assets and sitting among the top five shareholders for about 99% of the S&P 500. The firm has been taking new measures to account for climate risks internally, and advocating for other companies where it’s a shareholder to do the same.

In its latest stewardship report, the New York-based firm said that it had backed 12 out of 16 proposals on environmental and social issues in the first quarter. It also signaled a willingness to support climate action plans and racial equity audits at companies in which it holds shares, saying many of these proposals “have merit” and “are generally not unduly constraining for management.”

“A more fulsome update of voting on this emerging 2021 theme will be captured in our next report,” added the firm, which releases stewardship reports every quarter.

Ben Cushing, a senior campaign representative for financial advocacy at the Sierra Club, said that some of the most important proxy vote battlegrounds lie ahead. Among them are management votes at ExxonMobil and Duke Energy Corp., where activists are demanding BlackRock and its peers such as Vanguard Group vote against executives for failures to address global warming.

“Not all votes are created equal,” Cushing said. “This is really a moment of truth to see how these long-term commitments are being implemented.”

Proxy season, a period lasting roughly March through June when shareholders in public companies vote on board seats and other matters, has increasingly become a time for referenda on corporate climate practices—and whether fund managers like BlackRock are pushing hard enough on companies to embrace change.

Environmental advocates in cities including New York, Miami, San Francisco, London and Zurich targeted BlackRock for a wave of protests in mid-April, holding up images of giant eyeballs to signal that “all eyes” were on BlackRock’s voting decisions.

The firm has pledged to use its voting power against the management of companies whose environmental practices it determines are lacking. Its first-quarter stewardship report shows that it voted against management on at least one proposal during 35% of shareholder meetings, up from 30% in the same period in 2020.

The firm also cited climate concerns in votes against 53 directors and 47 companies during the period, numbers that approach its full-year total for 2020. Last year, BlackRock voted against 64 directors and 69 companies for climate reasons.

“We expect this number to increase meaningfully as we go through the peak proxy season,” the firm said in its report.