Definity shares pop in market debut after company raised $1.4B in Canada's largest IPO of 2021

Several of the biggest investors in Paytm’s record-breaking initial public offering added to their stakes in the Indian fintech giant after shares plunged by as much as 41 per cent, according to people familiar with the matter.

BlackRock Inc. and Canada Pension Plan Investment Board were among so-called anchor investors in the IPO that bought more Paytm shares on Tuesday and Wednesday, the people said, asking not to be identified discussing private information.

The stock climbed for a third day on Thursday, rallying as much as 7 per cent before closing up 2.5 per cent at 1,796.55 rupees in Mumbai. That’s still a fair distance away from its issue price of 2,150 rupees. The size of this week’s purchases by anchor investors couldn’t immediately be learned. Representatives for BlackRock and CPPIB declined to comment.

Paytm’s early tumble ranked among the worst debuts by a major technology company since the dot-com bubble era of the late 1990s. Any sign that influential money managers like BlackRock are doubling down on the company may help ease concern about the sustainability of an Indian stock-market boom that has lured US$17 billion of foreign inflows over the past year and stoked a trading frenzy among local individual investors. 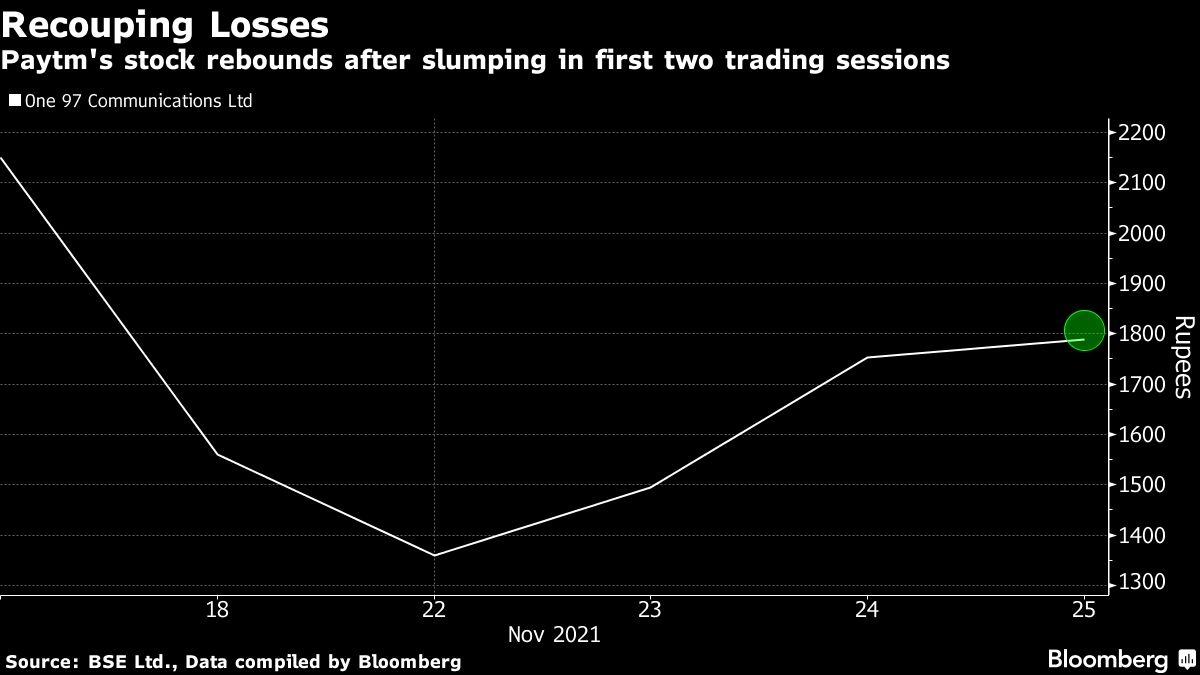 While Paytm’s shareholders include big-name investors like Warren Buffett’s Berkshire Hathaway Inc. and Masayoshi Son’s SoftBank Group Corp., some analysts have questioned the company’s valuation and path to profitability. Macquarie Capital Securities (India) Ltd. has a price target of 1,200 rupees, about 32 per cent lower than the stock’s closing level on Wednesday.

Paytm Chief Executive Officer Vijay Shekhar Sharma, who made no secret of his desire for his company to surpass the long-standing IPO record set by Coal India Ltd. in 2010, said last week that the stock’s early tumble was “no indicator of the value of our company.”

“We are in it for the long haul,” Sharma said in an interview. “We’ll put our heads down and execute.”