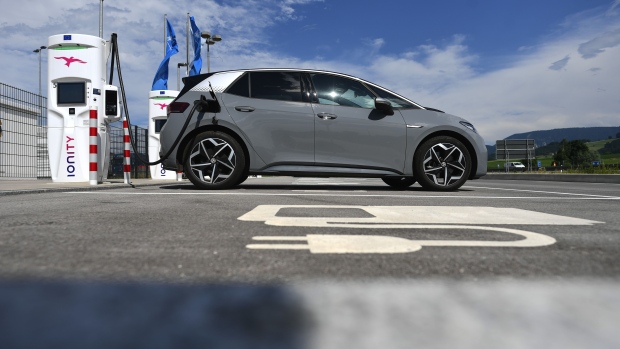 The joint outlay will more than quadruple Ionity’s high-power charging points in Europe to at least 7,000 by 2025, the group said in a statement Wednesday. The company didn’t specify the spending split between BlackRock and different carmakers.

BlackRock’s Global Renewable Power platform will be the first non-automotive member of the consortium. Ionity, which also includes Hyundai Motor Co. and Mercedes-Benz AG, was set up in 2017 to help alleviate concerns over driving longer distances with electric vehicles.

The company currently operates more than 1,500 fast-charging points with 350 kilowatt-hour capacity along European highways. The new investment will help extend the network to building stations near major cities and busy trunk roads, as well as improve the charging experience, Ionity said.