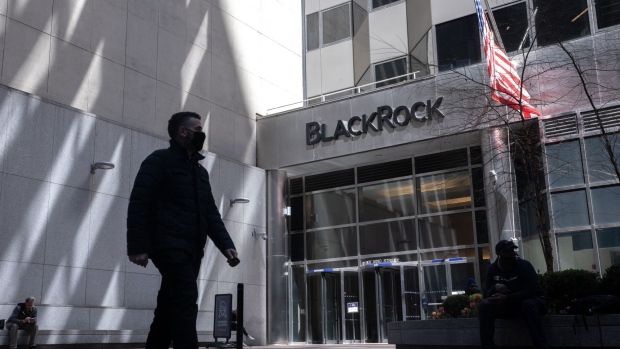 (Bloomberg) -- BlackRock Inc. is pushing back its plans for U.S. staff to return to offices by a month to October, as businesses grapple with how to bring employees back while Covid-19 cases rise across the U.S.

The world’s largest asset manager is delaying its previous September deadline for employees to come back to its offices, albeit with some remote work flexibility in place, according to a memo viewed by Bloomberg News on Thursday.

The delta variant “raises concerns about returning to the office – even for those who are vaccinated and particularly for those of you with dependents at home who are currently ineligible for the vaccine,” according to the memo, which was signed by executives including Chief Operating Officer Rob Goldstein.

Vaccinated employees were advised earlier this year that they should begin “re-acclimating” to office work beginning last month if they felt comfortable doing so. No unvaccinated employees have been allowed to enter BlackRock’s U.S. offices since then, and that rule will remain in place, according to the memo.

About 50% of U.S. staff have worked from a BlackRock office in the past 30 days, according to the memo.