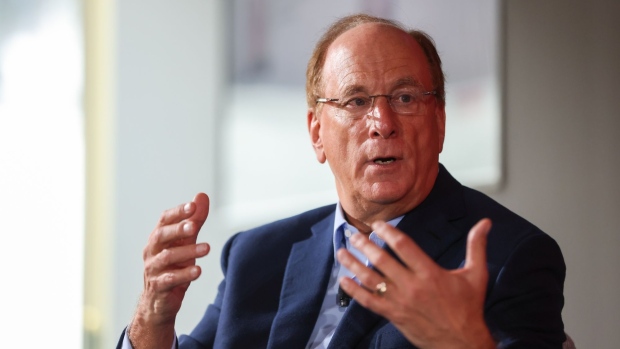 “I’m taking this very seriously,” Fink said in an interview with Bloomberg TV at the World Economic Forum in Davos. “We are trying to address the misconceptions. It’s hard because it’s not business any more, they’re doing it in a personal way. And for the first time in my professional career, attacks are now personal. They’re trying to demonize the issues.”

Fink, 70, has been outspoken about investing with environmental, social and governance goals, making it a focal point in his annual letters to the industry. The firm has become a political punching bag from forces on both ends of the spectrum, with some on the right alleging its policies harm the fossil-fuel industry and others on the left arguing it’s not doing enough to respond to climate change.

Elon Musk tweeted earlier that the S in ESG stands for “Satanic.” The Twitter CEO was replying to a post about the World Economic Forum by Michael Shellenberger, who ran in the primary race to be California’s governor last year.

To manage the fallout, the giant asset manager poured record sums into US political campaigns last year, mounted an advertising campaign to explain its business managing money for retirees and brought on additional lobbyists in Texas and Washington.

“We are doing everything we can to change the narrative,” he said, adding that he plans to write a letter to business leaders this quarter that will focus on the “concept of hope.”

“BlackRock is a firm that tries to sell hope because why would anybody put something into a 30-year obligation unless you believe something is better in 30 years?”

BlackRock’s assets under management, which had crossed the $10 trillion threshold at the end of 2021, stood at $8.59 trillion at the end of December despite inflows into its funds during the fourth quarter.

(Updates with Elon Musk’s tweet in the fourth paragraph)