A logo sits on display in the atrium of the Blackrock Inc. offices in London. , Bloomberg/Simon Dawson

BlackRock Inc. saw investors jump back in to products such as mutual funds and exchange-traded funds in the second quarter, rebounding from outflows in the first three months of the year.

Net inflows to the firm’s long-term investment products totaled US$62.2 billion in the second quarter, down from about US$125 billion a year earlier, the world’s largest asset manager said Friday. BlackRock saw its first net outflows from those products in five years in the prior three-month period, as clients fled the chaos caused by the spread of COVID-19.

BlackRock, like other asset managers, benefits when investors put money to work in funds rather than than holding cash.

Adjusted earnings per share were US$7.85, beating the average estimate of US$6.97 by analysts surveyed by Bloomberg. Revenue was US$3.65 billion, topping Wall Street’s US$3.5 billion estimate.

“What’s driving the earnings is investors coming back to the market,” Kyle Sanders, an analyst at Edward Jones, said before the earnings announcement. 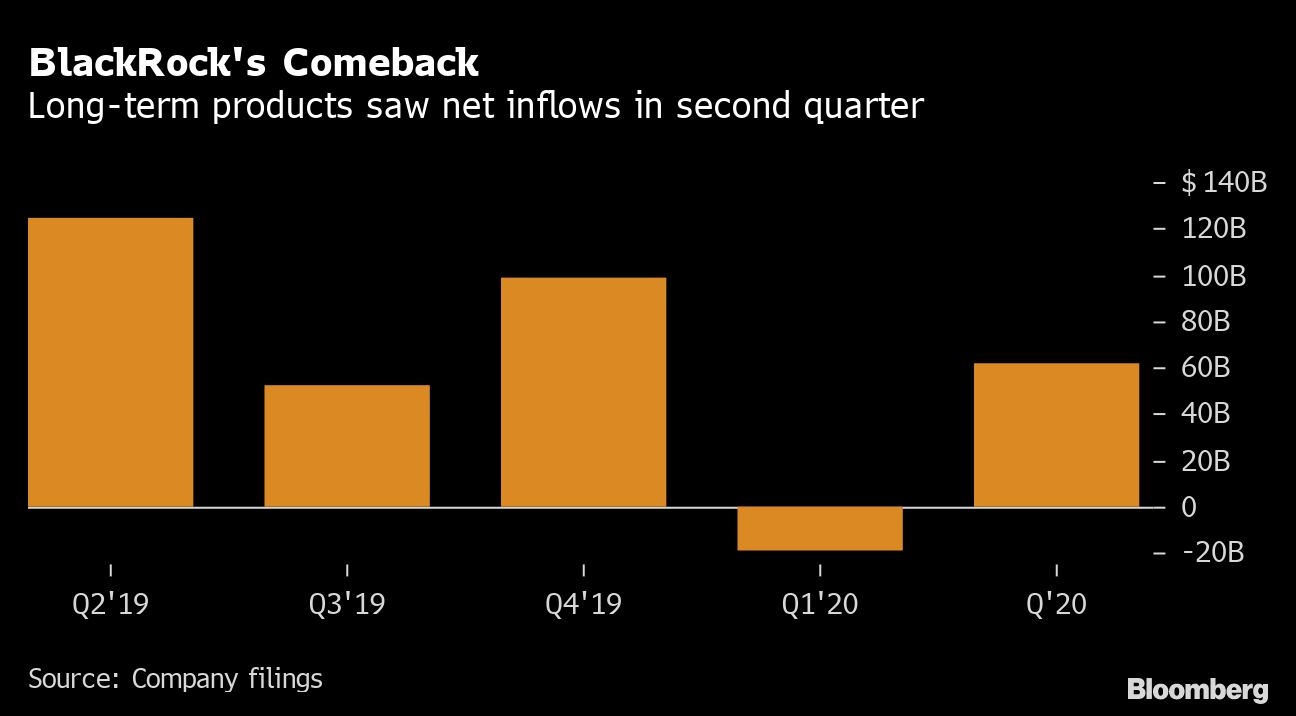 -Assets under management rose to US$7.3 trillion in the second quarter, a seven per cent increase from year-ago period.

-Flows into iShares ETFs and index products were $43.6 billion, compared with about US$50 billion a year earlier. BlackRock is the world’s largest ETF issuer. Last month, in an escalating industry price war, BlackRock cut the fees on three of its U.S. equity ETFs, including its largest.

-Active funds brought in about US$18.6 billion. That compares with net withdrawals of US$8.9 billion in the first quarter, and net inflows of about US$75 billion a year earlier. BlackRock changed the leadership of its active products, announcing the promotion of Rich Kushel to oversee a reorganized division called the Portfolio Management Group, including active stock and bond investing and quantitative strategies.

-Institutional investors contributed US$5 billion in net outflows. Those customers, which include pension funds and endowments, pulled almost US$31 billion from BlackRock’s funds in the first quarter. In last year’s second quarter, such investors added about US$87 billion to BlackRock funds.