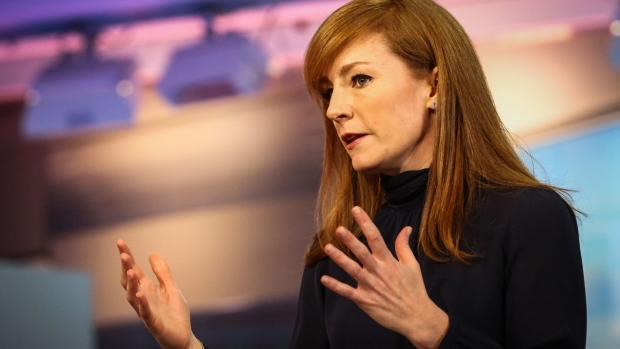 (Bloomberg) -- Stock investors can profit, even when inflation is causing broader markets to tumble, by carefully choosing companies to buy, according to Kate Moore of BlackRock Inc.

Companies with less dependence on labor, efficient technology, long-term contracts with suppliers and other factors that reduce input costs are likely to outperform when inflation is rising, Moore told David Westin on Bloomberg Television’s “Wall Street Week.” Cloud-computing firms are likely to do well, she said, without naming specific companies.

U.S. prices increased 8.3% in the year through April, one of the highest paces in four decades, the Bureau of Labor Statistics reported this week. A chaotic week in financial markets ended Friday with the S&P 500 closing up for the day but still posting a sixth consecutive weekly drop, the longest losing streak since 2011.

Portfolio diversifiers such as commodities, real estate and inflation-protected securities are healthy holdings during inflationary periods when stocks and bonds are falling, according to David Bianco, chief investment officer of the Americas for DWS Group GmbH & Co., another “Wall Street Week” guest.

“Cash is not trash at a time of uncertainty like this,” Bianco said.