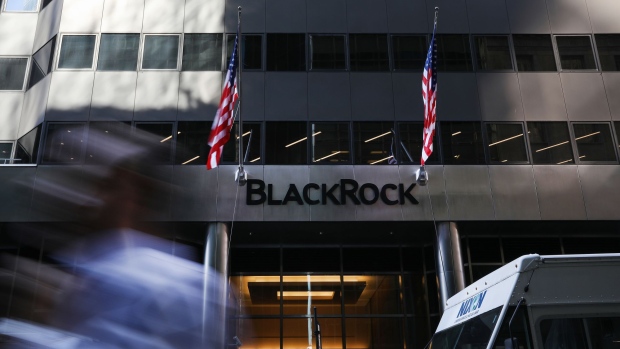 The bond ETF universe could almost double in less than four years as traditional fixed-income heavyweights embrace the funds, according to BlackRock Inc.

Institutional investors such as pension funds and insurance companies are increasingly warming to bond exchange-traded funds in the aftermath of March’s coronavirus-fueled market turmoil, the world’s largest asset manager said in a report Wednesday.

First-time buyers of BlackRock’s iShares fixed-income ETFs collectively added roughly US$10 billion of inflows during the first half of 2020, according to the firm. The shift -- at the expense of individual bonds and other fixed-income instruments -- could help swell assets in fixed-income ETFs globally to US$2 trillion by 2024 from about US$1.3 trillion currently, BlackRock said.

The high trading-volume and price-discovery aspects provided by ETFs during the trials of March solidified their place in institutional portfolios, according to Carolyn Weinberg, iShares global head of product.

“We needed a market event for some of the skeptics or institutions who theorized that they wouldn’t work to show and demonstrate that ETFs are important and critical tools,” she said by phone. “It’s more challenging and likely more costly to find the individual bonds quickly and buy them in a time of market stress.”

Trading froze across bond markets in March as volatility surged, sapping liquidity in an asset class where even in normal times individual securities may not change hands for days. Fixed-income ETFs -- which trade on exchanges and behave like stocks -- acted as an exit route of sorts, with the funds selling off more quickly than their harder-to-unload holdings.

Critics have long warned that the liquidity mismatch between bond ETFs and the securities they hold could exacerbate selling pressure and destabilize markets in a meltdown. However, before the Federal Reserve announced on March 23 that it would intervene in credit markets, fixed-income ETFs provided investors with a vehicle to trade corporate bonds as underlying markets seized, according to S&P Global Ratings.

“ETFs are playing an increasing role in providing secondary market liquidity, which was on display during the recent volatility,” S&P Global analysts wrote in a report last week. “Record ETF volumes helped to support liquidity and, importantly, provide price discovery.”

Evidence is mounting that insurance companies are stepping up activity in the space. S&P Dow Jones data show that insurers bought more than US$3.4 billion worth of bond ETFs in the first three months of 2020, versus about US$600 million worth of equity ETFs. The ETFs were likely easier to access amid the height of the turmoil, according to CFRA Research.