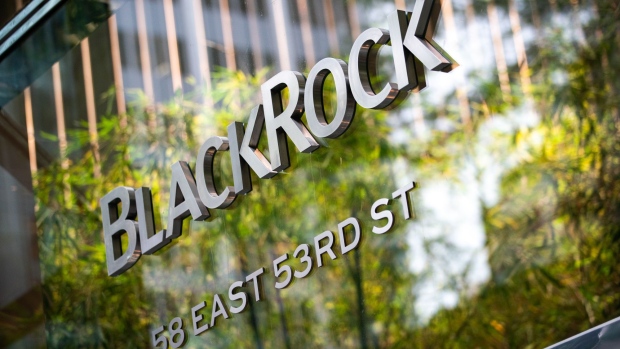 (Bloomberg) -- Insurers are poised to pump hundreds of billions of dollars into private assets over the next two years as they seek to overcome the highest inflation in four decades and heightened recession risk, according to BlackRock Inc.

Charles Hatami, head of the firm’s Financial Institutions Group, said in a phone interview that the additional money is expected to go into private equity and debt funds, hedge funds, real estate and other assets. Hatami’s group helps manage money for insurers.

“Their resolve to continue investing and growing their allocations to private assets has not changed” even as yields rise on more traditional fixed-income investments, Hatami said ahead of the publication of BlackRock’s survey of 370 senior insurance industry executives representing companies with $28 trillion in assets under management. “It’s a very meaningful allocation, and some of the largest clients are actually the most aggressive about this.”

BlackRock has grown its business of managing money for insurers, announcing a deal in March to handle as much as $150 billion for American International Group Inc.

Insurers began moving money into private markets during a decade of ultra-low interest rates that weighed on returns from conventional bonds. While bond yields have risen markedly this year after central banks increased interest rates to combat inflation, the survey shows insurers are continuing to increase private-asset allocations to diversify portfolios.

According to the survey, 87% of insurers plan to increase allocations to private investments over the next two years, which would represent a 3% average increase versus their current allocations. Hatami said the increase will probably amount to “hundreds of billions” in additional money.

How the Boom in Private Markets Has Changed Finance: QuickTake

In a sign of the increased appetite for private assets, the survey showed that 57% of respondents are considering using bespoke structured products that include collateralized loan obligations and rated notes in the coming year. That compared with 37% of respondents who already did when the survey was conducted in June and July.