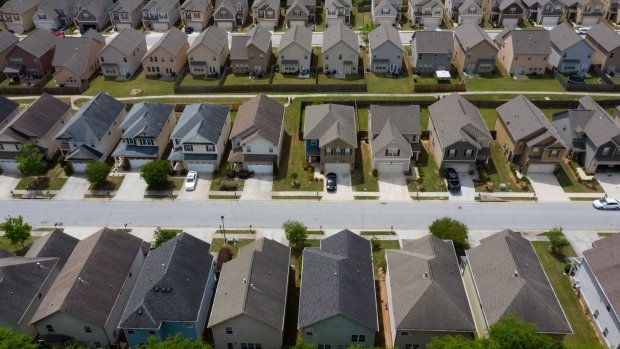 Home Partners, which is being acquired by Blackstone Real Estate Income Trust Inc., owns more than 17,000 homes across the U.S., according to a statement on Tuesday. The company gives tenants the option of buying their rental, making it unique among its peers.

Single-family rentals have been a favorite bet over the past year, as real estate investors seek new places to invest during a pandemic that kept Americans away from offices, hotels and malls. At the same time, remote work and school created strong demand for suburban homes by buyers and renters alike, pushing prices up and inventory down.

“Clearly the tenant demand is still robust, and that’s driving significant cash flow increases at the property level,” said Jeff Langbaum, an analyst at Bloomberg Intelligence. “Smart people with smart money want to get a piece of that.”

Blackstone, which built Invitation Homes Inc. into the largest single-family landlord following the U.S. foreclosure crisis, has rekindled its interest. Last August, it led a group of investors that acquired a minority stake in Toronto-based Tricon Residential Inc., which owns and operates more than 31,000 homes and apartments.

For Blackstone, there may also be a case of sellers regret. The company exited its stake in Invitation Homes in 2019, selling the last of its position at $30.10 per share.

Blackstone made about $7 billion on its stake in Invitation, more than doubling its money, Bloomberg reported at the time. But shares in the company have increased by 25% since then.

The flood of investor capital comes as low inventory pushes prices higher at the fastest pace ever, and tenants opt for rental houses over apartments. Invitation Homes posted an occupancy rate of more than 98% in the first quarter, allowing the industry giant to increase rents on new leases at a record rate.

Rising rents and low inventory have also made single-family landlords a target across the political spectrum. Conservative book author J.D. Vance started a firestorm on Twitter recently by arguing that Wall Street investors were making it hard for regular Americans to buy homes.

In 2019, Democratic Senator Elizabeth Warren blasted Blackstone for “shamelessly” profiting from the U.S. foreclosure crisis, arguing that Wall Street’s investment in single-family homes was a “huge loss for America’s renters.”

Home Partners of America, which received backing from KKR & Co. and BlackRock Inc., has a business model that may help its new owner sidestep some criticisms. The company’s leases give tenants an option to buy their home, and Blackstone said it intends to continue the program.

The option allows Home Partners of America, which explored an initial public offering in 2018, to charge above-market rents, according to a recent ratings company report.

“The fundamental premise of the HPA platform is to provide residents with the opportunity to live in their chosen home with the option to purchase it,” said Jacob Werner, Blackstone Real Estate Senior Managing Director, in a statement. “We intend to build on that goal and expand access to homes across the U.S.”

(Updates with background and context at bottom of story.)