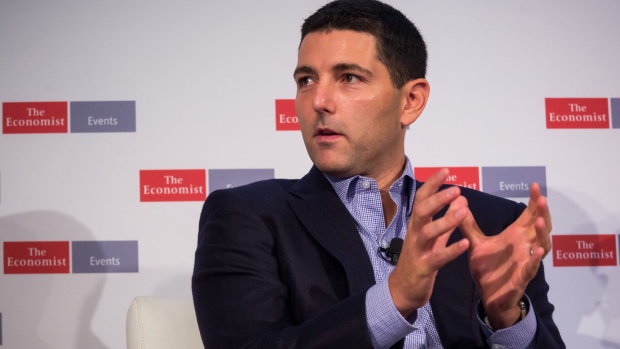 Jonathan Korngold, managing director of General Atlantic LLC, speaks during The Economist's Finance Disrupted conference in New York, U.S., on Thursday, Oct. 13, 2016. The conference will explore what the digital revolution means for finance and the broader economy. , Bloomberg

(Bloomberg) -- Blackstone Inc. is setting out to raise one of the largest growth equity funds on record.

The investing giant may seek as much as $10 billion for a second fund targeting fast-growing companies, more than twice the size of its debut fund for that strategy, according to people with knowledge of the matter. The firm has started sounding out market participants on how much it hopes to raise but has yet to set a precise target, one of the people said, asking not to be identified discussing the deliberations.

Such deals are aimed at companies that have grown beyond their startup roots but aren’t yet seen as ripe buyout targets or ready for a public-stock offering. Blackstone and its peers are seeking to take advantage of heightened investor appetite for rapidly growing companies in a low-yield environment, especially in hot sectors such as technology and health care.

In 2020, the value of growth equity deals hit a record $62.5 billion, according to data from PitchBook.

The Blackstone Growth team is led by Jon Korngold, who was hired from General Atlantic in 2019. He’s helped develop another business line for Blackstone, which has expanded beyond its private-equity roots to areas as varied as real estate, credit and investments for insurers.

The firm’s assets have ballooned to $684 billion, almost double its $356 billion from just five years ago.