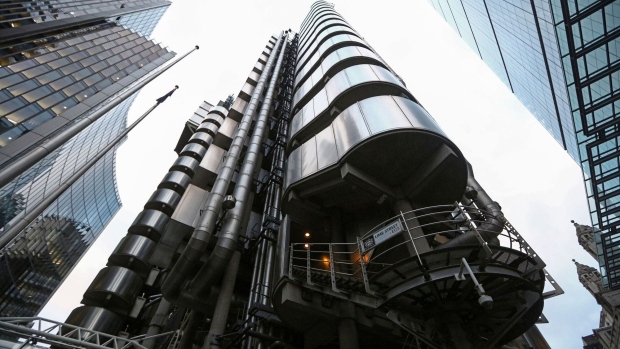 Blackstone Group Inc. is helping to drag the world’s oldest insurance exchange into the 21st century.

The private equity giant and Fairfax Financial Holdings Ltd. have invested US$500 million in an algorithm-driven insurance syndicate at Lloyd’s of London, according to a statement Thursday. The deal will fund the expansion of the business, called Ki, to be launched before the end of this year by Fairfax-owned Brit Insurance Holdings.

The algorithm, developed with University College London, will do some of the work traditionally done by underwriters, by evaluating policies and offering automatic quotes. The need for digital innovation has been accelerated by the pandemic, with the underwriting process switching from the exchange floor to computers at a time when the industry is facing huge losses.

An algorithm-based business at an exchange more than three centuries old is a big change for Lloyd’s, an institution known for being steeped -- and perhaps a little stuck -- in history. Ki is just one element of a modernization program, called The Future at Lloyd’s, that’s being driven by Chief Executive Officer John Neal.

This is “a unique opportunity in Lloyd’s to revolutionize the market,” said Qasim Abbas, senior managing director at Blackstone. The “first-of-its-kind digital model will deliver a unique advantage to its business partners.”

Ki is a so-called follow-only syndicate, which means it will take on portions of risk from other market participants, rather than originate its own policies.