Blackstone Inc. is testing a new way to bring in cash from rich Europeans. If it succeeds, the private equity powerhouse stands to draw billions to the fast-growing and risky world of private credit.

Regulators last week approved Blackstone’s application to start a private credit fund in Europe with a structure similar to an open-end mutual fund. The key difference is that it can run in perpetuity, unlike traditional private credit funds that have a fixed lifespan. For Blackstone, it means cash can be recycled into new investments as loans are repaid, promising a steady stream of fees for managers.

“The time is ripe for private individuals to access this market,” said Daniel Roddick, founder of Ely Place Partners, which advises alternative fund managers. “There’s a lot of demand for credit.”

Blackstone’s fund will be the first of its kind in Europe, where direct lending has exploded into a US$300 billion industry in the span of a few years, and a shift in how the funds are traditionally structured. Usually, non-bank lenders run closed-end funds over a set number of years, and fees are only paid on invested capital. 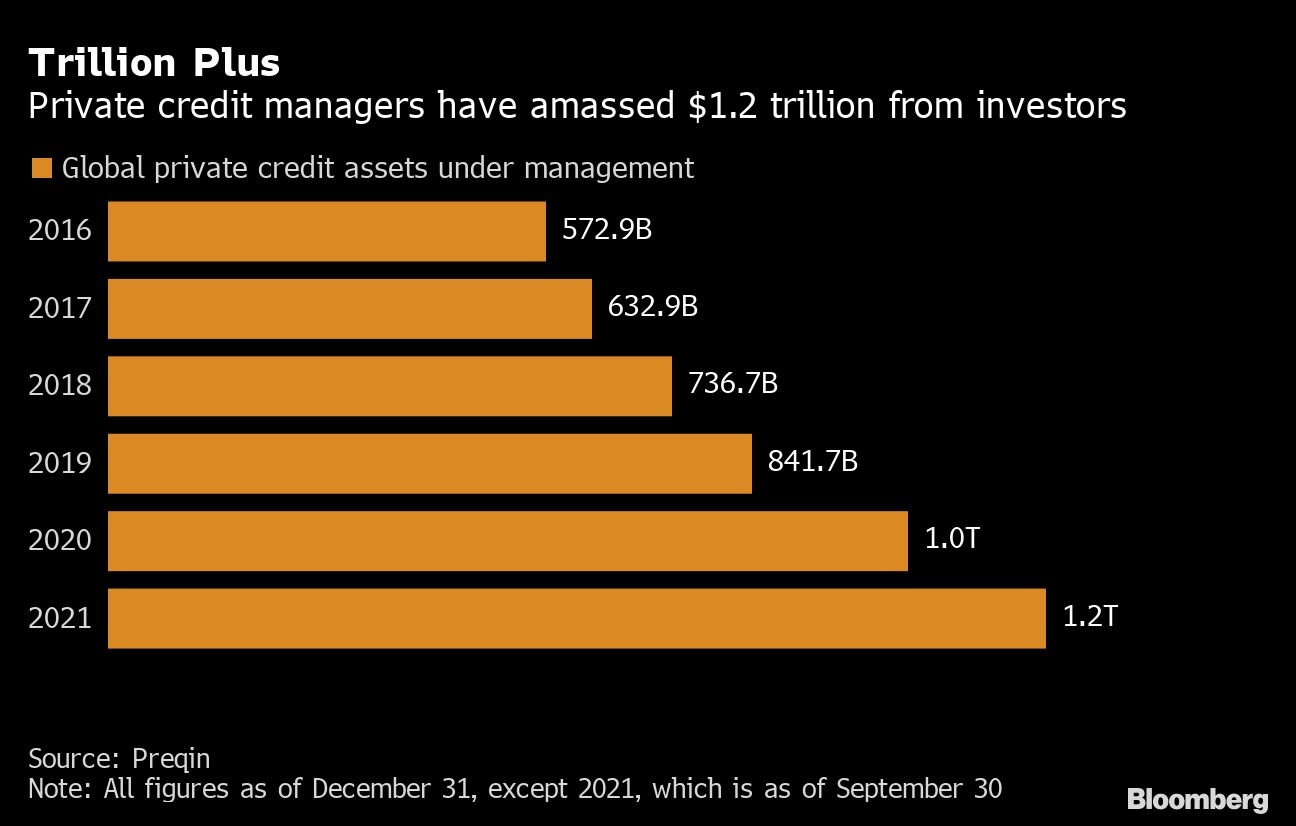 From the standpoint of a portfolio manager, it’s a labor intensive and inefficient system. In essence, their earnings get curtailed as a fund ramps up and winds down.

With the new fund, which will be regulated as a SICAV -- a type of investment firm common in Europe -- and based in Luxembourg, Blackstone is seeking to replicate its success at targeting high net-worth clients in the US. The Blackstone Private Credit fund was opened up to American investors in 2021 and has ballooned to US$37.8 billion.

In Asia, Blackstone is also accelerating growth. The alternative asset manager aims to increase its Asia-Pacific private credit business to at least $5 billion in the “near term,” from the US$500 million committed as of the fourth quarter.

By selling riskier private credit products to individuals, instead of institutions, Blackstone may attract more scrutiny from regulators. The Bank for International Settlements, the central bank of central banks, recently warned that non-banks may need to be regulated in the future.

“The liquidity aspect -- how quickly can an investor have capital returned -- is key,” said Roddick. “Regulators tend to be reactive to markets and therefore regulations often lag behind new developments. It will be interesting to see how they respond to the recent enormous growth in the democratization of private markets.”