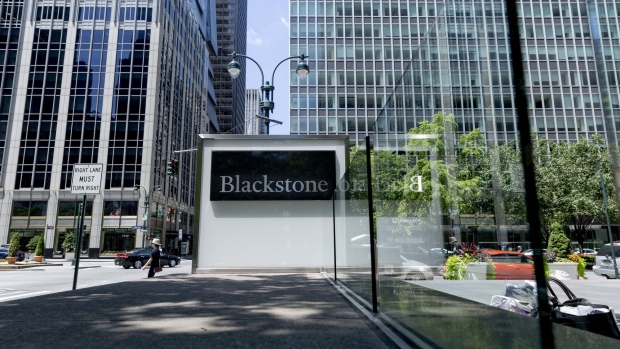 (Bloomberg) -- Blackstone Group Inc. is seeking to renegotiate the terms of its planned 1.3 billion-euro ($1.4 billion) offer for Dutch lender NIBC Holding NV, people with knowledge of the matter said.

The buyout firm aims to secure a lower price after the coronavirus pandemic affected the bank’s business prospects, according to the people, who asked not to be identified because the information is private. Blackstone is still interested in acquiring NIBC and isn’t currently planning to walk away from the proposed purchase, the people said.

Blackstone agreed in February to acquire NIBC, whose biggest investors are private equity firm JC Flowers & Co. and Dutch family office Reggeborgh Invest BV. NIBC and its major shareholders would only consider entering negotiations on potential new terms after Blackstone files offer documents for approval with the Dutch financial regulator, which were due Tuesday, one of the people said.

In an unusual move in late April, Blackstone flagged there was “substantial uncertainty” around its bid due to the impact of Covid-19. Blackstone repeated that stance in a statement Monday. It is currently slated to offer NIBC investors 9.32 euros per share, valuing the bank at about 1.3 billion euros, after making adjustments related to dividend payments.

Blackstone has previously said it’s not obliged to “agree to anything that would affect the viability of the agreed transaction-related business plan.” The NIBC situation remains fluid, and there’s no certainty Blackstone will be able to agree on a new price with the bank’s owners, the people said.

Buyers have been increasingly trying to lower the price of deals or back out of takeovers that were agreed before the pandemic ravaged businesses and markets. Earlier this month, the Agnelli family’s Exor NV holding company announced it will keep its PartnerRe unit after rejecting a request by France’s Covea to renegotiate an agreement to sell the reinsurer for $9 billion.

BorgWarner Inc. and Delphi Technologies Plc earlier this month salvaged their automotive supplier deal after changing the terms of the transaction. L Brands Inc. agreed to cancel a deal that would have given private equity firm Sycamore Partners control of beleaguered lingerie chain Victoria’s Secret.