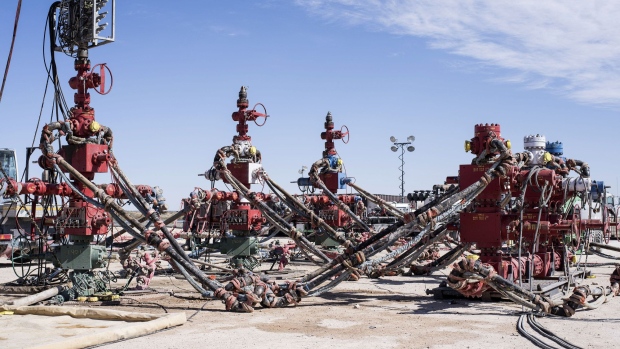 Blackstone Inc., once a major player in shale patches, is telling clients its private equity arm will no longer invest in the exploration and production of oil and gas, according to people with knowledge of the talks. The firm’s next energy fund won’t back those upstream investments — a first for the strategy. Blackstone's credit arm is swearing them off too.

The pledge by the world’s largest alternative asset manager comes after its energy returns have see-sawed and culminates a years-long retreat by the industry from the oil patch after hefty losses for some players. Apollo Global Management Inc. has also been pulling back, and recently told prospective backers its next buyout fund won’t make fossil-fuel investments. Long-time energy investors including Riverstone Holdings are among others that have shifted focus.

At Blackstone, the view in the executive suite has hardened: The world will rely less on extracting hydrocarbons from the ground for energy needs. Though its energy private equity arm hasn’t made a new oil and gas investment since 2017, the formal prohibition is new, and it’s getting stitched into its rules. Since that year, buyout firms have slashed their annual spending on U.S.-focused energy and utility investments by more than 60% to $11 billion in 2021, according to data provider Preqin.

Meanwhile, fundraising expenses for oil and gas projects, known as their “cost of capital,” have been climbing, giving urgency to Republican efforts to head off a broader retreat by financial backers. After a number of big banks said they will stop financing artic oil exploration, Texas Governor Greg Abbott signed a law last year to ban state dealings with any companies that cut ties with the industry.

Private equity’s withdrawal adds to a number of pressures on the American oil patch that have contributed to the pain at the pump for U.S. consumers. Now, with the economy bouncing back from pandemic lows and a potential Russian invasion of Ukraine looming, crude oil has shot to nearly $100 a barrel, the highest since 2014. The dislocation is at least bumping up stock prices: Publicly listed energy companies have far outperformed the S&P 500 in the past year.

Blackstone has been taking advantage of those rising valuations to sell out of holdings, leaving more opportunities for firms such as Quantum Energy Partners that remain bullish on the sector.

Blackstone was among the most prominent backers of the U.S. shale boom a decade ago. As hydraulic fracturing and horizontal drilling opened up new frontiers for private equity, it raised multibillion war chests for energy plays. Companies in its portfolios included those in a variety of upstream strategies, such as natural gas developer Vine Energy and ventures focused on deepwater exploration in the Gulf of Mexico.

Blackstone is now betting that the wave of government policies aimed at combating climate change will boost companies whose businesses ease the economy’s reliance on fossil fuels.

“Over the last several years, we have found that the risk and return characteristics on our energy transition investments are more attractive than in the upstream sector,” David Foley, who leads Blackstone’s energy business, said in an interview.

That lines up with demand for more sustainable investments from some of its backers — typically including pensions, university endowments and family offices. Renewables funds raised a record $75 billion last year compared with a record low of $4.6 billion for traditional energy pools, according to Preqin. A key priority for Blackstone is ensuring its new energy fund and others meet European standards for what qualifies as an environmental, social and governance-focused fund, said Jean Rogers, Blackstone’s head of ESG.

“It’s not a moral or ethical stance. It is reading the signals in the market,” she said. “We’re undergoing the transition to net zero and need to be responding assertively if we are going to capture the opportunity.”

Blackstone’s next energy fund will focus on energy transition. It’s seeking more than $4 billion, a person familiar with the plan said. As older funds wind down, it will consider prohibiting upstream bets for new funds that turn on, too.

Energy transition is a wide-ranging category that can include wind farms, lithium storage and technology for measuring carbon emissions. It’s a sector that Blackstone says it got into 15 years ago, before ramping up investments three years ago -- deploying some $15 billion since 2019. Over the past decade, the firm has been helping lay the groundwork for a proposed transmission project linking Quebec to New York City that’s supposed to provide hydropower to the U.S. metropolis by 2025. This year it invested in Invenergy, which operates power generation and energy storage projects.

Yet the popularity of ESG investing already has driven up the valuations of renewables deals.

Blackstone isn’t planning to get out of the business of transporting, storing and processing gas and fuel. But it predicts pipelines will increasingly be used for renewables as well as carbon dioxide from carbon-capture projects. Firms make money from that business by collecting “tolls” that are less susceptible to price swings.

Private equity investor Riverstone Holdings rode the flood of money that powered the shale revolution, before a global oil glut sent energy prices and profits tumbling. One of its funds is still in the red, while another rebounded into positive territory as of year-end, according to a person familiar with the matter.

Founded by Goldman Sachs Group Inc. energy bankers, Riverstone no longer plans to provide financing for oil and gas extraction. It expects its next credit fund to lend to businesses in other parts of the energy supply chain that take steps to combat climate change, the person said.

Some firms are poised to take advantage of a less crowded field. In December, KKR & Co. built a shale-oil acquisition vehicle with the $3.7 billion combination of two explorers that created Crescent Energy.

The firm is betting that economies will turn to new sources of energy, but recognizes that supplying oil and gas is still important to communities, said Kristi Huller, a KKR spokeswoman. “Where we do invest in conventional, we emphasize progress towards a stable energy transition and improved ESG practices.”

For example, Crescent Energy recently joined an initiative to increase its reporting on methane emissions. KKR is also focused on making investments in renewables, said Huller.

Quantum Energy, which made its name betting on upstream oil and gas in the Permian Basin, raised consecutively bigger funds over the past decade. But in a break with that, it’s targeting a $5.6 billion fundraising round, on par with the last one in 2018. That’s a nod to the diminishing appetite from pensions and endowments. And in a change, Quantum decided to earmark up to 30% of the new fund for energy transition bets.

Chief Executive Officer Wil VanLoh has told pensions and endowments that investing in U.S. oil and gas helps the country by reducing dependence on Saudi Arabia, Russia and foreign rivals.

Oil’s slump in the wake of the Covid-19 pandemic in 2020 shocked executives across the industry and at Blackstone, where co-founder Steve Schwarzman is known for his mantra: Don’t lose money.

That April, finance chief Michael Chae detailed on an investor call how “an unprecedented confluence of supply and demand shocks” caused energy to be the biggest drag on the firm’s credit and private equity holdings.

Shale driller Gavilan Resources, formed with Blackstone money in 2017, filed for bankruptcy in 2020 after getting caught in a legal fight with another financially-challenged business partner. Several investments would rebound, and its energy private equity portfolio delivered net returns of 55% in 2021.Meanwhile, Blackstone has distanced itself from past energy bets when promoting its buyout track record. In a part of the pitch labeled “competitive differentiation,” the company highlighted that its flagship buyout fund from 2020 had generated more than $6 billion in value. In a footnote, it disclosed that the figure excludes energy investments.

The firm has told investors that its last energy fund, now almost entirely invested in energy transition, was delivering 64% returns at the end of 2021 -- though final results will depend on what Blackstone gets when exiting stakes.

Blackstone is confident it can find yet more opportunities there. How quickly it raises money for the next energy fund will show whether investors agree.