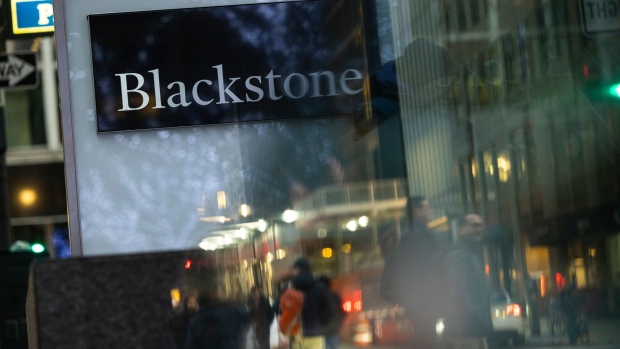 (Bloomberg) -- Blackstone Inc. is seeking a tenfold increase of assets in its Asia-Pacific private credit business to tap a market with a growing appetite for such financing.

The U.S. alternative asset manager aims to expand its private credit assets to at least $5 billion in the “near term” from the $500 million committed as of the fourth quarter of last year, said Paulo Eapen, who heads the operations in Europe and Asia-Pacific. Blackstone Credit began investing actively in the region in 2021.

While Asia makes up only a tiny fraction of the global private credit market, Blackstone is betting that demand will build as companies in the region increasingly look to diversify debt financing away from bank loans.

“Asia’s nascent private debt markets are set to be on the rise given the accelerating growth in private equity activities,” Eapen said in an interview. “There’s a tremendous opportunity for Blackstone Credit to contribute to the underserved Asian private debt market and address the rising financing demand.”

Eapen wants Blackstone’s Asia-Pacific credit business to be of a similar scale to its operation in Europe. As of the first quarter, Europe accounted for around 16% of the firm’s $266 billion global credit and insurance business, while North America contributed more than 80%.

To do that, Blackstone Credit -- one of the few private lenders that can provide more than $1 billion for a single transaction -- is targeting large-scale transactions in high-growth sectors such as life sciences and technology, Eapen said. It’s currently looking at six to eight deal opportunities in the region, he said, without specifying further. The firm will use global capital to fund the expansion, a Blackstone spokesperson said.

Blackstone’s move comes as most of Asia’s economies reopen as the pandemic subsides, potentially boosting financing demand. In addition, recent market volatility could present an opportunity for private funds as traditional capital pulls back. Other firms are jumping on the bandwagon, with KKR & Co. recently announcing it raised $1.1 billion for its first credit fund focused on investments in Asia, zooming in on Australia and Southeast Asia.

Though Asia has some of the world’s largest and fastest-growing economies, the region’s private credit market remains largely untapped. That’s in part due to local regulations on foreign investment in places like India and China.

In ramping up its presence in the region, Blackstone Credit recently hired Mark Glengarry as head of Asia-Pacific origination to be based in Sydney. Glengarry was previously the managing director of Anchorage Capital Group LLC’s London and Sydney offices.

“We expect the Asian private credit market to grow exponentially over the next five years,” he added.